The Teflon Queen 2 by Silk White 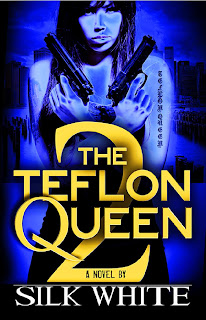 The Teflon Queen is back and better than ever. All Angela wants to do is disappear, but there’s only one problem; every cop in the world is looking for her along with the white shadow, one of the best most brutal, vicious and dangerous assassins in the world and he won’t stop until the Teflon Queen is no more. Angela quickly turns from the hunter to the hunted in a matter of seconds. Not only does Angela have to keep herself alive, but she’s also responsible for the life of Agent James Carter; her once upon a time lover who trusts her about as far as he can throw her. Join the Teflon Queen as she takes you deep into the underworld and into the life of a high profile assassin who will do anything to stay alive and protect her lover. With two well trained assassins on a collision course the outcome is sure to be deadly. This heart pounding saga is sure to leave readers breathless. Silk White delivers the stunning sequel to the Teflon Queen. A story readers won’t be able to forget.
Meet Silk White
A native of Harlem, New York, Silk White began his writing career in 2006. He is the author of the three part Urban Fiction series Tears of a Hustler and Co-Owner of Good2Go Publishing and Good2Go Films. Silk has No Way Out and Black Barbie as a film credit under Good2Go Films and in his spare time, loves to write and act. He is currently producing a new movie and is hard at work on his next novel. 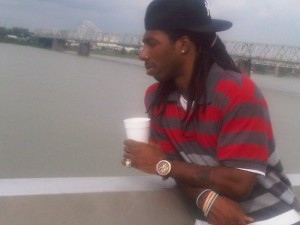 Q & A with Silk White
Tell me about the finale to your critical acclaim trilogy Tears of a Hustler?
This book is the finale to a trilogy that was written 2 years ago.  We took our time with releasing part 2&3 to help build up our fan base in between releases.  It’s a classic finale that all our loyal fans have been waiting for.  I promised I wouldn’t let them down and according to the reviews we have received so far, everyone is happy.  Check amazon.
What made you decide to start your own publishing company rather than signing with an establish publisher?
Well after Tears of a Hustler PT 1 was released I had several offers on the table, but from a business standpoint it just made more sense to release my titles under my own company.  In the short term it’s a lot of work because you have to build your fan base one fan at a time, because you don’t have any distribution.  But once you’ve established your brand like we have, you make 100% of the profit. At the rate we’re going we should be one of the biggest independent african american owned publishing companies out there in a few years.  We’ve reached over 70,000 households in two years with no help.   Right now we have good2go publishing and good2go films our movie Production Company and Third Lane Marketing.
What is the hardest part of writing for you?
Writing was a natural process for me, growing up in the environment that I grew up in and my life experiences help enhanced my already vivid imagination.  My ability to translate my imagination thru writing was a god gifted talent that I discovered when I was going thru unforeseen circumstances.
What’s the best thing about being an author?
I really appreciate all the love and support that I get from the fans.  They are the ones that keep me motivated.  It’s amazing to see all the support that I get from all parts of the country, outside the country also. Shout out to all my UK Fans. I never thought that one day my work would have reached over 150,000 households.
What are you working on now?
Well I just wrapped up my 8th book which is slated to be released May 1st 2013.  Its called The Teflon Queen PT 2.   So be on the look out for that. You can pre-order an autograph copy now from www.good2gopublishing.com  I also just finished shooting my 2nd movie under good2go films its called Black Barbie.  The first movie is called No Way Out you can get that at www.good2gofilms.com
What advice would you give to aspiring writers?
This piece of advice is not just for writers but any aspiring entrepreneurs out there.  Especially, the youth coming from underprivileged communities.  Sometimes in life we get a bad hand to play with. You have to make the best out of the hand you’re given. The best piece of advice I can give is, spend all your time and energy focusing on accomplishing your goals whatever it may be, you’re going to get results.  Surround yourself with good people you trust, Sleep 5hrs work 19hrs.
I just want to say Thanks to everyone out there for the love and support.  Keep supporting me and Good2go Publishing
Buy the book:
http://amzn.to/YPxLzy
book trailer:  https://www.youtube.com/watch?feature=player_embedded&v=IUZqsHCFVXs
website: www.good2gopublishing.com