The Cat That God Sent Book Tour with Jim Kraus 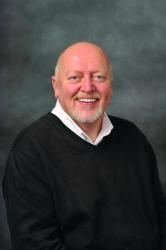 Jim Kraus is a longtime writer and editor who has authored or co-authored more than 20 books, both fiction and nonfiction. His best-selling humor book, Bloopers, Blunders, Jokes, Quips, and Quotes, was published by Tyndale House Publishers, sold more than 40,000 copies and inspired several spin-off books. Jim, and his wife, novelist Terri Kraus, and one son, live in the Chicago area.

Also residing with them is a sweet and gentle miniature schnauzer named Rufus. Coincidently, Rufus is also the name of the dog in Jim's recent book, The Dog That Talked to God. "What a coincidence," Jim said. "What are the odds of that happening?" They also share space with an ill-tempered Siberian cat named Petey. Coincidently, Petey is the name of the cat in Jim’s most current book, The Cat That God Sent, by Abingdon Press.

Jim recently was awarded a Master of Writing Arts degree from DePaul University. "Now, I am able to write more better," Jim said. (Yes, that is supposed to be humorous.)

Passionate about writing, Jim loves to create true-to-life characters. "I tend to be the one at the party that is on the edge of things--observing how folks act and react. Plus, I'm not that crazy about people in general--so it works out fine." (Again, it's supposed to be funny.)
Visit his website at www.jimkraus.com.
Connect with Jim!
FACEBOOK 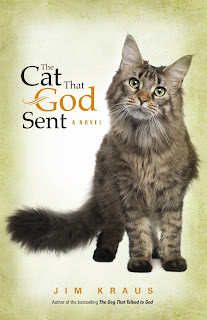 Jake Wilkerson, a disillusioned young pastor who is an expert at hiding his fears, takes on a new assignment in a small, rural church in Coudersport, Pennsylvania. It’s a far piece from anywhere and full of curiously odd and eccentric people, including Sally Grainger, a single woman and veterinarian who dismisses all Christians as “those people,” and Tassy, a young runaway with a secret.

His first day on the job, however, Jake is adopted by Petey, a cat of unknown origins and breed, but of great perception. Petey believes that he is on a mission from God to redeem Jake and bring him and his quirky friends back to the truth.