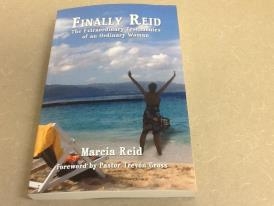 Finally Reid: The Extraordinary Testimonies of an Ordinary Woman by Marcia Reid is the latest release by WheelMan Press. Finally Reid is about the process of author Marcia Reid’s personal discovery through various challenges that helped her grow along the way. It is the life story of a woman with humble beginnings as a little girl from the poor and rural hills of the island of Jamaica, chronicling her struggles with epilepsy as a young girl, with Attention Deficit Disorder as a student and the pain of a child estranged from her father only to feel rejected later when he finally appears. It also tells of a woman fulfilling her dream of moving to New York, a dream that was temporarily spoiled by her marriage to a dark, handsome waiter who hid from her his torrid affairs and his involvement with illegal drug trafficking. Despite her struggles, author Marcia Reid raised herself above it all, achieving an Ivy League education and millions in assets, which she would later lose in the real estate downturn. Her story is one of final redemption, culminating in her finding and marrying the love of her life at the age of 50 — as only an extraordinary, ordinary woman could do.
Marcia Windross is a Director of Diversity and Inclusion at Interpublic Group (IPG) where she plays an integral role in leading the company’s vision to be the world’s most inclusive network of marketing services companies. In her role as Director, she provides tailored Diversity and Inclusion solutions and strategic direction to IPG corporate and network of agencies of approximately 40,000 employees globally.

Prior to Interpublic Group, she was the Senior Director of Human Resources and a member of the senior management team for Bowne Marketing and Business Communications (BMBC), a division of Bowne Inc. Before joining Bowne, Marcia was Vice President, Diversity Head of Citibank Commercial Business Group, where she led the development and implementation of diversity and inclusion strategies for Citigroup’s middle market businesses. She joined Citigroup in 1999, as a Senior Recruiter at Salomon Smith Barney and was promoted into a variety of HR roles.

Her prior professional experiences include Senior Human Resources Manager at the Home Shopping Network in St. Petersburg, Florida and Human Resources Manager at County Seat Stores, NY. She also spent many years in the Travel and Leisure industry, including 13 years at Cunard Cruise Line. Her career started at The Half Moon hotel in Montego Bay, Jamaica before migrating to the United States. She was also an Adjunct Professor at the City University of New York, Borough of Manhattan Community College.

She holds a Masters degree in Organizational Psychology with a concentration in Human Resources Management from Columbia University, and a Bachelor’s degree in Psychology from New York University.


Marcia is a speaker, sponsor and mentor who believe in giving back to her community and being of service to others. She serves on Harlem YMCA, Black Achiever in Industry (BAI) Steering Committee and was selected as IPG’s 2013 National Black Achiever. She also serves on several diversity councils (AAF Mosaic Diversity Council, AAAA Diversity Council and the RADE Diversity Council). She previously served as an Advisory Board member for the NY Urban Financial Services Coalition (UFSC) and sat on the Board of the Jamaica YMCA in Queens, where she served as Chair for Board Development.


She is a staunch supporter of her high school, Montego Bay High school, Jamaica W.I. and was elected as President of the Montego Bay High School International Alumnae Association (MBHSIAA). The goal of the organization is to provide financial assistance to the school and provide scholarships for needy students.


Marcia recently published her first book “Finally Reid: The Extraordinary Testimonies of An Ordinary Woman.” She is an active member of her church, Hope Cathedral, located in Jackson, NJ, where she resides. 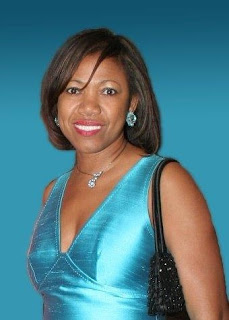 In writing this book, you are quite transparent … Putting your business out there? Why write a book like this?
I made the decision to write this book as a seed was planted by one of my professors at Borough of Manhattan Community College over 20 years ago. He told me to write a book to share my challenges and accomplishments to encourage others. It took me this long to believe in myself and feel that I had accomplished enough to share my story with others. I also recognized that one of my purposes here on earth is to help others and expand the kingdom of God. Sharing my story “Finally Reid” is to encourage others who have faced difficult situations. Despite your circumstances and challenges, you can overcome and live a purpose driven life. “Your latter days can be better than your former days.”

How long did it take you to write the book? What was the process like?
Many years but it wasn’t until 2009 after an accident that I got really serious. It was a difficult process as I had to relive some very painful periods in my life. At times, I had to stop and take a break for several weeks, even months. Once I was able to get through those painful periods and write about them – it was like a healing process. Writing this book helped me to heal, forgive others and myself.

Why the title “Finally Reid”?

Finally Reid is about the relationship with my father and recognizing that he actually loved me. It’s about finding myself  and being liberated from my ex-husband. It’s about recognizing the goodness of God and that he was always taking care of me, even when I did not recognize it.


Despite your financial struggles. How did you manage to gain an Ivy League Education?
It’s really important to have a mentor or a professor that takes an interest in your future. In my case Professor Blake asked a question “What next?” He advised me that since I was a bit mature for a college student, it’s best to go to an Ivy League school. He also felt that with my grades? I would be able to get scholarships. He advised me that even if I had to take out school loans, an Ivy League education would provide the means to repay. I took his advice and was able to get scholarships. I received a full scholarship from NYU. I also took out students loans.


Tell us about your invisible disability…ADD. How do you do all that you have done with this condition?
Living with ADD is a daily struggle but there are many brilliant people out there with this condition. In fact, there are over 80 million Americans who are living with ADD undiagnosed. If you do a Google search, you will see all the talented, brilliant and prestigious Americans who have or had ADD. It wasn’t until 2007 that I got formally diagnosed and it took me a while to share with others for fear of how others would judge me. I don’t take medication. Over the years, I have developed coping strategies to manage effectively on a daily basis.


Despite all these challenge? What kept you going?
I was motivated by a few thing. Number 1 was my son. I wanted the best for him. My Faith in God and believe it or not, some negative comments from others. I was told that since my mother was a maid, I would not amount to anything. I had to show them that they were wrong.


What next?
The goal of this book is to help others, share the goodness of God and sell enough books to help churches and nonprofit organizations and if my book becomes a best seller… That would be an added bonus. A movie would be great!! Anything is possible. “I can do all things through Christ who strengthens me.”