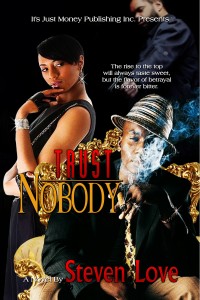 The book is based of a sceenplay written by Steve Love of It’s just Money Ent, A Milwaukee musical based company that has credit for careers such as one time rap sensation, Coo-Coo Cal and forever on the grind Milwaukee’s own Baby Dru…..The books itself was penned by Charles Burgess also known as the Storytellah-who has also gave us titles like Don’t say you do if you don’t, Cricket and Honey-The Right To Remain Silent…and Bittersweet-Charles is scheduled to release another title Cocaine Castle-The Knook Barrow Story in April of 2013…..Trust Nobody can be found on  amazon.com  along with other titles from these authors.


Excerpt:
This Milwaukee based story is a gritty street tale that depicts the life of a street hustler, Terry Davis A.K.A Bricks..Bricks takes the fall for one of his main suppliers and ends up spending time in prison. Gone but not forgotten by his loyal comrade Will, Bricks comes home to a promise that was made to him and of course street ethic’s made sure that the promise was kept..
Now back to business this time he want to stop at nothing to reach the the top. His long term girl friend was the first to cross him though, After having his baby and pretending to be by his side he finds that when he comes home she is sleeping with the enemy- His brother who goes by the street name Phool, and lives out his name well, becomes a vigilante and takes matters into his own hands. Reeking havoc on any and every one in his way….
Terry Davis was raised in a normal urban family setting, A loving mother and a father that did what he had to do to put a meal on the table, a younger brother Michael whose intent was to be the next Michael Jordan and a middle brother who felt the love was divided unequally in the home-His dreams of following in his fathers footsteps quickly becomes over shadowed with a change of heart after losing the woman he loved, but some how some way like many guys who choose the streets as a source of revenue, he got into deep….Making more connections that played for keeps…..
Find out through the pages of this hardcore novel, if a mans word is really his world…or if the title Trust Nobody-means what it says…. 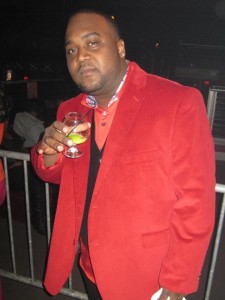 1.WHEN DID YOU NOTICE YOU HAD THE GIFT OR TALENT TO WRITE?
(A) WHEN I WAS ABOUT 12 YEARS OLD I USE TO TELL REAL GOOD STORYS TO MY FAMILY AND FRIENDS AND I ALWAYS WAS A BIG DAY-DREAMER

2.WHAT ARE YOUR GOALS IN THE BOOK INDUSTRY/
(A) TO SELL A MILLION PLUS BOOKS AND ALSO GET A MOVIE DEAL FOR MY BOOKS, BUT ONE OF THE BIGGEST GOAL IS TO GET A DISTRIBUTION DEAL TO ABLE ME TO PUT OUT OTHER GREAT AURTHERS.

3.ANY TIPS FOR SOMEONE JUST COMING INTO THE GAME?
(A) I’M A NEW COMER MYSELF BUT TRUTH ME IF A COULD WRITE A BOOK ANYBODY CAN(LAUGH) YOU HAVE TO BELEIVE IN YOURSELF GOD IS GREAT AND IF HE SEE YOU GRINDING HE WILL OPEN THE DOOR FOR CAN’T NOBODY STOP YOU BUT YOU.

4.WHAT MAKES YOUR BOOK UNIQUE AND SET APART FROM THE REST?
(A) MY BOOK WAS FIRST A MOVIE A WRITE BUT NEVER PUT OUT THEN TURN INTO A NOVEL.SO WHEN YOU ARE READING THE BOOK ITS LIKE WATCHING A GREAT MOVIE AT THE SAME TIME.

5.ANY MAJOR PLANS FOR THIS YEAR? ANYTHING BIG IN THE PIPELINE?
WE GOING TO SHOOT THE MOVIE TRUST NOBODY THEN RELEASE THE BOOK TRUST NOBODY PART 2 “STILL NO TRUST” ALSO THE RELEASE OF TWO MORE BOOKS THE INFINITE RECORDING STORY “THE RISE AND FELL OF COO COO CAL” AND THE PIMP SNOOKY STORY “A PIMP’S LIFE”

6.WHERE DO YOU SEE YOURSELF IN THE NEXT 5 – 10 YEARS?
HEAVY IN THE GAME WITH ALOT BOOKS OUT AND SOME BIG BLOCK BUSTER MOVIES

Email address for readers to contact youITSJUSTMONEYENT@GMAIL.COM
Posted by Teresa B at 4:41 AM