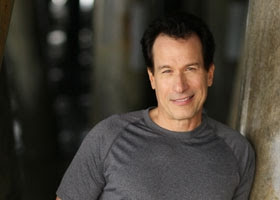 Robert Henry, age 57, is a Certified Strength and Conditioning Specialist, a Certified Personal Trainer, a Certified Specialist in Fitness Nutrition, and a Certified Wellness Coach. His awareness of fitness and nutrition began at the age of 29. When Robert first started to exercise, it was mostly for the purpose of increasing body weight through the addition of lean muscle mass. However, more than 20 years later, at the age of 52, after years of being lean and enjoying good health, Robert's experienced an undesired increase in body fat and his health profile changed in the wrong direction The loss of that body fat and the reversal of new and undesirable trends in his health profile became Robert's new exercise goals. By re-booting his exercise regimen and further "tweaking" his nutrition, he successfully accomplished his new goals and, as he likes to say, discovered his "inner athlete".

Although he had worked out for more than two decades, the journey he experienced in his early fifties ignited something within Robert and he voraciously sought to increase his knowledge and his credentials. It was then that he earned his numerous certifications and set about to share his passion for health and fitness with others.

Robert's background extends beyond fitness. He holds a Juris Doctor degree from Southern Methodist University and worked for many years as an attorney. He also discovered a love of aviation early in his life and, while still a teenager, became a Commercial Pilot and a Certified Flight Instructor. After law school, he went on to become an Airline Transport Pilot and eventually earned three jet ratings. Now in his fifties, he values his health, fitness, and wellness very highly, and seeks to inform and inspire others. 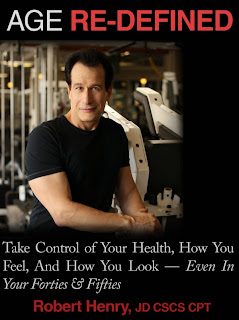 Your state of health, how you feel, and how you look are more within your control than you think – even in your forties and fifties (and beyond). This book addresses exercise, fitness, nutrition, wellness, and the mind-body connection. Its purpose is not to promote a particular exercise program or a particular diet plan – although its coverage of exercise, fitness, and nutrition is extensive – but rather to inform, educate, and motivate the reader on the importance of being proactive in one’s own health, fitness, and wellness.

Even if you are already physically active, this book can assist you in evaluating the effectiveness of your current exercise efforts. A foundational background in exercise and fitness concepts is provided. Not only does this book cite to numerous authoritative sources, but it also conveys the author’s own philosophy of exercise and an informative overview of his own exercise and nutrition regimen. The author, who is 56, shares his own motivating journey and the positive results he achieved through exercise, nutrition, and the mind-body connection, with particular emphasis on the challenges faced by him in his early fifties and the favorable results he achieved at that age by “re-booting” his commitment to health and fitness.

The importance of nutrition is explained and heavily stressed. A Registered Dietician with a Master’s Degree in Nutrition is a contributor to the nutrition content. One comes away with an awareness of quality nutrition and its role in optimal health, fitness, and wellness, and with a good working knowledge of the kinds of foods and eating habits which are most beneficial.