Meet Annie Brown
Annie Brown is the mother of four adult children, five grandchildren, and one great grandchild. She is a licensed minister and social worker. As a social worker, Annie works the terminally ill, providing emotional support at the most critical time in an individual's life. It is Annie's desire that Christians work through their pervasive issues before the end of life, so that the transition between death and eternity can be smooth, and not cluttered with unresolved conflicts.

Q & A with Annie Brown

How did you become a writer?
Purely by being obedient to God. Writing a book was never something that I ever took seriously.

What are you hoping readers take from your book?
That it is important to get closure and resolve issues in our lives by forgiving and asking to be forgiven without delay.  Waiting to the end of life to try to handle issues can cause much emotional pain and the transition between death and eternity is not so smooth.

If you were to write a book about a controversial topic, what would it be?
I really do not know because being a social worker I encounter so many controversial issues. It would be hard to decide unless I received some inspiration from God about some innate topic that would be beneficial in helping someone to be a better person.

Are you an avid or occasional reader?
If so, what is your favorite genre of books? Actually, I am an avid reader. I love to read self-help and spiritual based books but occasionally I will read a great love story.

If you could interview one of your favorite authors, who would it be?
I would love to interview President Barack Obama. Why? Because he is insightful and so knowledgeable about so many subjects.

If you could make a movie out of one of your books, which one would it be?
I would choose “Who I Be” because the book addresses the here and now of people in our society of all ages.

Which marketing/promotions or publicity strategy has worked best in your favor?
Social media has worked best for me so far. Of course I have not invested in marketing as I am attempting to do now.

What new projects are you working on?
I am working on two books at the moment. Hopefully, I will be finished with one of them by the summer and the other will not be finished for several more years because I am writing about some of my experiences with hospice patients. 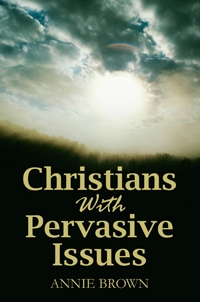 The Meaning of Pervasive Issues
I WAS GETTING ready for work and suddenly the words “Pervasive Issues” were dropped into my spirit. Can you imagine someone who is not normally a morning person having something so important to deal with? I could not even think of the meaning of “pervasive,” so I could not comprehend what was being said to me. I went on to work, but it did not leave me. I shared what had been dropped into my spirit with my co-worker who is an encourager. He gave me a push to pursue the message the Spirit was conveying, and to understand what God wanted me to write. I could not begin until I did some preliminary homework. I had to figure out what part of speech that “pervasive” was. “Pervasive” is an adjective, which served as a modifier to the noun (issue). Merriam-Webster Dictionary defined it as “spreading through every part.” If an issue is pervasive, it permeates the whole of something. Pervasive issues need to be dealt with within the Body of Christ.

A Remedy to Get to the Root of the Problem
WHAT IS NEEDED is that the people of God “must” clean out their secret compartments and confess that they need the Lord to deliver them. Confession is made unto salvation (deliverance). If we confess our faults, the Lord is faithful in forgiving us. You may ask, “Why do I have to confess if I was not responsible for what happened to me?”
The issue then becomes whether you have forgiven the person that caused me this harm. If there is no forgiveness, then you become a victim twice: a victim of circumstance, and a victim of bondage. This can be in some ways more dangerous than cancer. This will always be eating away at you. With cancer, at least you know what is going on in your body. Being a victim of circumstance and having an unforgiving heart bring torment. This torment becomes a part of you in such a way that it eats through your mind, destroys your inner peace, and puts your soul in jeopardy because it becomes a heart matter of sin.

Connect with the Author