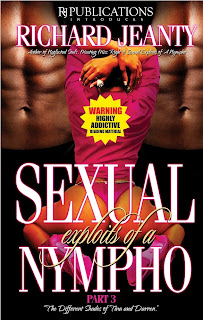 Darren and Tina have enjoyed marital bliss for the last couple years since they tied the knot, but their marriage is tested when Darren hires a much-needed, new, sexy assistant to help alleviate the load with his business.  A different shade of Tina started to emerge, and their loyalty to each other is tested.


Will Tina and Darren allow a stranger to come between them and destroy what they have worked so hard to build? Has Darren had enough of Tina’s antics? Is he ready to move on?  Maybe the best has yet to come for them?
Excerpt:
She knew it wasn’t over. Darren had held back for the big finish. Tina assumed the position of facing the wall, while resting her right leg up on the side of the tub to allow Darren easy penetrating access.  After testing her pussy for lubrication with a finger or two, Darren deemed her pussy wet enough to absorb his dick. Though his fingers felt great inside of her pussy, Tina braced herself for the real penetration with his dick. Darren slowly inched his way into her pussy, making her feel every vein on his dick and every thrust of his stroke as he prepared to make her pussy hum. His strokes came from all directions as he enjoyed the wrath of Tina’s tight pussy around his big dick. “Yes daddy! Fuck me. Fuck your pussy, baby.” She cried tears of joy. “I love you, baby” he told her. “I love you, too, Darren. Fuck me, baby,” Tina sulked in pleasure because Darren’s dick felt so good to her.   Darren held on to her tiny waist as he did a slow-wind with his dick in Tina’s pussy. “Yes!” he yelled. Tina knew what was coming. She especially liked Darren’s violent strokes when he was cumming. She pushed her ass hard back towards him as he spanked her with both hands, trying to force his nut out. “Here it comes, baby,” he told her, as he hit her with another long stroke coming all the way down from his knees.  He poured all his love inside Tina, while holding her and shaking to the rhythm of their love sounds.
The two of them hurriedly finished their shower and got dressed in their casual summer wears. Darren wore grey linen shorts with a white short-sleeved linen shirt, and Tina wore a tan linen knot strap dress.  While in the gastronomic capital of the Caribbean, Darren and Tina wanted to experience Caribbean dining at some of the finest restaurants on the island. A short cab ride to Phillipsburg landed them at Antoine’s restaurant, for a taste of French Creole Cuisine. Chef Pierre Louis’s finest dishes combined with some of the world’s finest wine offered the most romantic dinner and a serene view of Great Bay.
The conversation flowed during dinner, and Tina and Darren couldn’t be more in love. The body language between the two lovebirds was pure affection. Nothing could detract them from their love for each other. Finally, the couple found the bliss they had been working hard to establish. Darren and Tina spent seven days in St. Marten, and they did everything they could possibly do to enjoy themselves, but more importantly, they made love to each other every chance they got.
About The Author 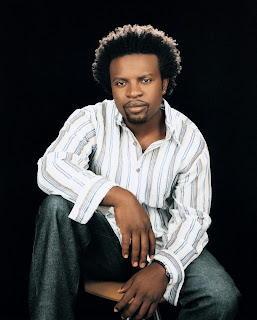 Richard Jeanty grew up in Boston. The oldest of 9 children, Richard left home when he was a teenager. Focused and determined, he set the path to become a good example for his younger siblings away from home. After completing high school, Richard went straight to college. A graduate of the University of Massachusetts in Boston, Richard hopes to foster change in people through his writing. Forever the socially conscious writer, he deals with issues affecting the lives of black people all over the world through his writings.

Community has always been important to Richard. A former social worker and high school teacher, he tries his best to give back to his community via his annual scholarship set up to assist young people planning to attend college. Richard is currently working on a few screenplays scheduled for production starting in June 2010. His passion is writing and being a great father to his only daughter.