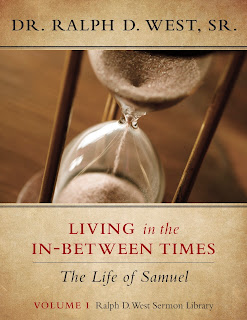 The man in between the times, Samuel, walks off these pages and into your life. You will discover how God speaks to you, how you can respond, and the significance of decisive commitment to the will of God regardless. From 3,000 years ago Samuel speaks across the ages and cultures in a voice that echoes from yesterday but sounds like today 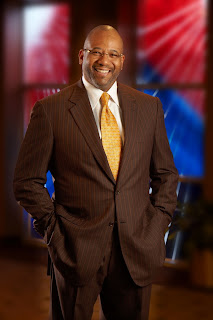 Dr. Ralph Douglas West serves as founder and senior pastor of The Church Without Walls (Brookhollow Baptist Church, Houston, Texas). He first preached as a sixteen year old in his native Houston. The church began with 32 members and now embraces 24,000+ families meeting in three locations and conducting six services each Sunday. Dr. West is affectionately known as PAS.

From the pulpit to the lectern, Dr. West is highly sought for his preaching gift. Pas is a leader beyond his own church and serves on boards, agencies, trusteeships and committees at local, state and national levels.

Dr.  West completed degrees at Bishop College, Southwestern Baptist Theological Seminary and Beeson Divinity School, where he received the Doctor of Ministry Degree.  He serves as Adjunct Professor of Preaching at the George W. Truett Theological Seminary of Baylor University. He has an abiding commitment to the church and the academy, relating with equal ease to both venues and using his influence to mentor ministers in both locations. He speaks perennially at colleges, universities and seminaries across America as well as at Regent’s Park College, Oxford University.


WE HAVE ALL KNOWN SOMEONE WHOSE NAME does not match who they really are. A “Slim” who is anything but. A “Shorty” who is taller than six feet. A “Jim” whose actual name is not “James.” And of course, a “Doc” who has never seen the inside of a college, much less a medical school. Such is the ironic nature of names.
Many biblical names hold up to closer examination. That may be true with our man in the middle, Samuel. Two translations of his Hebrew name carry weight. Some believe his name refers to his experience as a little boy who heard the voice of God (1 Samuel ). For them his name should be translated, “God hears.” Others consider that the Hebrew name bears the very name of God Himself, “Name of God.” Either understanding gives you a clue not only to the name, but also to the nature of the person of God. He carried in his very name the mission of his life. You could not hear his name without thinking of the God he heard and served.
Now, most of us have a common name that does not have theological significance. Yet we can live in such a way that the very thought of us reminds people of the God we serve. Your name may be Tyrone, Ralph, Lateisha, Harry or something else. You too can live in such a way that the very calling of your name reminds people of the Lord you serve. The very thought of your identity could point people to the Living One. What is the first thing that comes into someone’s mind when they think of your identity?
Samuel is the man in the middle because he stands between one kind of charismatic leader called “judge” and the next type of anointed godly servant called “prophet.” Zoom out on the story of God’s people with me and get the big picture. About 4,000 years ago God called a man in what is today to leave everything he had and walk into the desert with Him. That man was Abram, and his wife was Sarah. Genesis 12 and following tells the story of that man and his family:  Isaac, Jacob and Joseph. When the Book of Exodus opens, the descendants of Abraham (his new name after God breathed on him) are living in slavery under the super power of times, . God appointed Moses to lead the Hebrews out of slavery, and then He delivered them with signs of His power. Because of their disobedience and doubt, they walked around in circles in the desert for 40 years.
When Moses died, his associate Joshua took over as CEO of Exodus, Inc. and led the people into the land that God promised. Joshua was a warrior as well as governor. The Hebrews conquered much of the land, occupied the Vermont-sized conquest in tribal areas, and started a new life as a loose confederation of twelve tribes.
When you zoom out on holy history, you may be reminded that all of have a history with God. Indeed, some of us have a long family history with Him; generations of our people called on Him. Others of us only have our own history with God, but we do have a history.
Connect with the Author