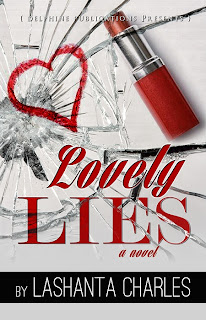 Makynzee has spent all of her life being dependent on people who've always disappointed her, especially her abusive mother. Everyone lies to her - her sister, her uncle, even her beloved father. When her mom strips her of her one true love, gymnastics, she's determined to find and maintain her independence. There's only one little problem...money. She sets out to find a job as a dancer at a gentelman's club, but finds Kalil instead. With his looks, money, and charisma any woman would be crazy not to want him and Makynzee's no different. Falling for him fast she soon discovers some things just arent adding up and Kalil may not be the man she thought he was. He wants to be with her and provide for her, but can he protect her?

When a love-struck fan becomes obsessed and begins attacking and stalking Makynzee she questions Kalil's ability to be her protector. Makynzee has no idea who he is, where he came from, or why he's here, but he's determined to have her even if that means eliminating everyone she knows and loves. By any means necessary, right? She belongs to him and he's claiming what's rightfully his, no matter the circumstances. When truths are revealed, they threaten to tear Makynzee's soul apart and chaos becomes her life. Will she be able to escape this temporary insanity or will she become a permanent victim?


Not much surprises or upsets me anymore when it comes to my mom. In fact, the only things that actually mean anything to me in this house are my Beats headphones, my music, gymnastics, and what little is left of my sanity. I’m surprised that I actually have to contemplate which upsets me more, the stinging sensation across the left side of my face, from the slap my mom just delivered or the sight of her foot stomping on my headphones which flew from my ears when she hit me. I’m a pretty practical girl, so I go with the stomping of the headphones. Before she demolishes them I swoop down and snatch them up. Then our staring contest begins. My look asks “what now,” hers is unreadable, but I think I win. She looks away first.

“You and these stupid ass headphones make me sick, instead of sitting in your room you should be out trying to find a job and figure out a way to pay for college so I’m not stuck with you for another four years,” she yells.


“If you hadn’t spent all of the money Daddy saved for me I’d be long gone,” I mumble.

This surprises her…and me. I’ve never disrespected my mother, never uttered a word back to her. Her surprise quickly fades and as anger replaces the previous emotion, I’m dealt another blow to the face. This time she uses the back of her left hand. The skin on my cheek catches the wedding ring that she still wears and I suppress a yell as I feel the pain. I bring my hand up to my face then look down at the blood that covers my fingers. There’s not much blood so I know it’s not a big cut, but that doesn’t make it hurt any less. I look up at my mother and her eyes dare me to say anything. I don’t. I cower away from her and avert my eyes to the floor.


“If you weren’t such a fat fuck, you’d still be able to do gymnastics and get a full scholarship!”
I keep my eyes trained on the floor. I’m not fat and I can definitely still do gymnastics. 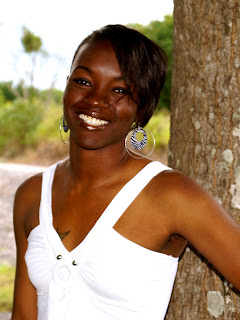 Lashanta Charles was born and raised in the small town of Orangeburg, SC. She has always been an avid reader of all genres, but Urban/ African American Fiction has always been her true love and is what inspired her to pursue a writing career. In high school, she began letting her classmates read the short stories that she would write and based off of their feedback, her passion for writing pushed her to become a published author. Through trial and error, she has developed a unique writing style that she fully embraces. She penned her first official novel, Lovely Lies, in 2013 and is currently working on the sequel.

Currently she lives in Waynesville, MO, with her husband and two children. She is pursuing a Bachelor’s Degree in English at Drury University and also serving in the US Army. Her hobbies include spending time with family, travelling, eating, and of course, writing. Her motto is “strive to excel, not to equal.”


What are you working on at the moment / next?
Lashanta: Right now I’m working on the sequel for “Lovely Lies.” It’s so hard to stay focus. I honestly think I’m bipolar or have some sort of attention deficit disorder or something like that because I have so many projects in my head, I can’t just focus on only one. I’m working on my sequel, but I’m also making notes on my third and fourth book.


Have you had any rejections? If so, how do you deal with them?
Lashanta: Yes! Before signing with Delphine Publications, I queried agents and other publishing companies for roughly 18 months (maybe longer) and they all said no L. My first rejection left me crying like a baby. I was literally inconsolable. Then after a while I came to expect rejections and realized it was just a part of the process. When I finally got an acceptance letter, I actually received 3 other offers for signing within the same month, so I was pretty excited about that.


Do you have an agent? Do you think they’re vital to an author’s success?
Lashanta: No agent at this time, but I ultimately would like to have one. I don’t think they’re vital to your success, but I think they’re a tremendous help. There are some publishing houses that won’t accept unsolicited queries from authors, they only deal with agents. It’s always a good feeling to have that agent on your team and fighting for you though.

From your novel, Lovely Lies, who is your favorite character and why?
Lashanta: I would have to say that my favorite character is Kaeden. He doesn’t show up until later in the story, but he has that personality that intrigues you because he’s so mysterious. It’s as though he’s suddenly there and you’re automatically drawn to him. He has the “bad boy” mentality, but on a level that you’re not used to because he’s so quiet.

What was the hardest part of writing your book?
Lashanta: Remembering that it was okay for me not to agree with the things my characters do and say. Occasionally, I would find myself writing something and have to stop and reevaluate a few lines because it fit my thoughts more than it fit my character’s personality. There were some things that the characters did that I found just completely went against what I stood for, but I had to remind myself to be okay with that.

Do you prefer eBooks, paperbacks, or hardcovers?
Lashanta: That preference is directly related to where I am and what I’m doing. If I’m out on some sort of Army mission, I prefer paperbacks because I can squeeze them into small compartments of my bags without taking up too much room. If I’m relaxing on a beach or in front of a fireplace, I prefer a nice and sturdy hardcover. Now if I’m traveling or out on the go and running errands, I prefer eBooks that I can easily access on my iPad or my phone.

Is there anything else you’d like to mention?
Lashanta: My debut novel, “Lovely Lies” releases on May 21, 2013 and is available for pre-order now on Amazon. Also, you will find me at this year’s Essence Music Festival doing author meet & greets, book signings, etc.

Purchase Info:
www.amazon.com
www.delphinepublications.com
Posted by Teresa B at 4:54 AM