Q & A with Terrell Jones 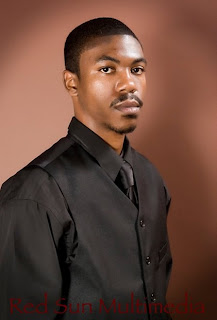 A&RBC: How did you become a writer?


Terrell: After Reading so many novels I got inspired to write my own.

Terrell: Change and Fulfillment. Change due to what they read and it makes them want to change and fulfillment meaning that they are fulfilled from reading my story.

Religion. It is one of the most controversial and influential topics in the world due to having so many.

Terrell: Both. Very avid but now since carrying the title of being an author I have slowed down.

A&RBC: If you could interview one of your favorite authors who would it be?
Terrell:Well my favorite author is resting in peace. R.I.P Donald Goines, so I have to say Michael Baisden.

A&RBC: If you could make a movie out of one of your books, which one would it be?
Terrell: My novel Homicide City.

Terrell: Social Media. Connecting with a lot of BookClubs online.

Terrell: I never experienced either so I can’t really say. I’m signed to a Independent Publisher Johnson Publications.

Welcome to Homicide City where everyone indulges in the fast life of sex, money and mayhem. Laws are broken and the rules are created as they go along. Dare to be a voyeur and watch as three worlds collide exposing corruption and murder. Erica Williams is an exotic dancer with big dreams. She pushes the envelope as she struggles with her straight & narrow up-bringing and her desire to walk on the wild side. Against all odds She is determined to make something out of her life as she dives deeper into the of world of Triple X Entertainment. Chase Money a rapper along with his entourage the Gwap Gang . They have their feet in the streets as they attempt a legal hustle pushing their way through the rap game. Sgt. Frank Moretti of the 18th District is connected to two worlds and he can t decide which one to fully give his loyalty too. Will it be his first family the Moretti s Mob or his black and blue family the Philadelphia 18th Police District? These three Key players are movers and shakers. When their lives intercept it causes a gigantic explosion! Lives will be lost and loyalty tested. We all live our lives based on the decisions that we make; now follow their stories and learn who will survive or die in the jungle known as Homicide City .