OCD, the Dude & Me Book Tour with Lauren Roedy Vaughn 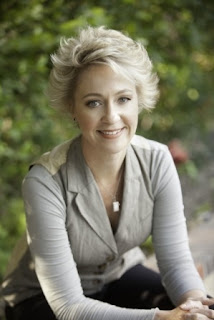 Ms. Vaughn is especially equipped to write Danielle’s story. She has been a special education teacher and a writer for nearly 20 years. In 2005, she received the Walk of Hearts Teaching Award, and she serves on the Board of the International Dyslexia Association’s Los Angeles Branch. She was born in Cincinnati, Ohio, and moved to Honolulu, Hawaii, when she was in elementary school. She came to California for college, met her husband at the University of California, Irvine, and they have lived in Southern California ever since. Together, they share a love of The Big Lebowski. When not teaching, reading, or writing, Lauren is usually on a yoga mat.

Her latest book is the contemporary humorous young adult fiction, OCD, the Dude & Me.

Seventeen-year-old Danielle Levine is your typical high school teen-ager – if you count having OCD and ADHD as typical. Danielle’s “special” conditions lead her to a school for students with learning disabilities, and, even here, she struggles to fit in.
How Danielle navigates her status as a “learning-challenged” teen pariah is told, with equal parts pain and hilarity, in Lauren Roedy Vaughn’s debut Young Adult novel, OCD, THE DUDE, AND ME, which Kirkus Review has hailed as a “must-read.”

Told through a mélange of Danielle’s class assignments, journal entries, emails, texts, and letters to the school psychiatrist, OCD, THE DUDE, AND ME chronicles Danielle’s efforts to fit into a world that, to her, can be as alien as a distant planet. Yet, Danielle will be recognizable to her readers, with her body-image issues, her crush on an unattainable boy, and her feelings of insecurity over the rigid social code of high school life.

Just as things seemingly couldn’t get worse for her, Danielle meets a new friend, Daniel, who turns her on to the Coen Brothers’ classic cult film THE BIG LEBOWSKI and its indelible main character, the ever-cool, ever abiding Dude. Daniel and Danielle end up going to the prom together and to Lebowski Fest, an annual event celebrating the Dude and his Buddha-like philosophy, which says that things will work out if you “abide.”

Vaughn is especially equipped to write Danielle’s story. She has been a special education teacher and a writer for nearly 20 years. She understands that each student with a learning challenge has a unique profile that requires specialized intervention strategies. Danielle benefits from the guidance of charismatic adults to learn how to socialize and accept herself. She is also able to leverage her affinities—reading and writing—in order to shift her perspective and grow.

Vaughn’s students “live with the stigma” of being called “lazy” and “different,” Vaughn explains. “It is my love for them, my understanding of their diversity that compelled me to write a fictionalized account of one of them and their world. I wanted them to see their value within the context of a story.”

The major reason for the presence of THE BIG LEBOWSKI and the Dude, Vaughn says, is that the Dude is “an iconic character who lived through a dramatic situation and kept abiding. He is a model for dealing with life’s difficult situations. There are other ‘dudes’ in my story who also affect Danielle.”

Vaughn herself says she is a “huge fan” of THE BIG LEBOWSKI. “When I was asking the story Gods to help me come up with what could help Danielle, that film popped into my mind. When Danielle witnesses the film, she realizes that life is unpredictable and often ridiculous … abiding is a saner choice.”

What critics are saying:

Publisher’s Weekly:  Pick of the Week

Star Library Journal: “This one is sure to find an appreciative audience.” (Starred review)