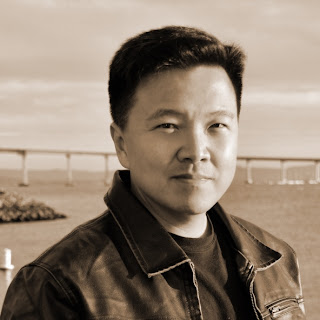 WINNER OF the INTERNATIONAL BOOK AWARDS (Beyond Justice),
#1 bestselling author Joshua Graham’s award-winning novel DARKROOM hit 3 bestseller lists on Amazon the night of its release.
CBS News described DARKROOM as a book with “action, political intrigue and well-rounded characters…a novel that thriller fans will devour.”
Many of Graham’s readers blame him for sleepless nights, arriving to work late, neglected dishes and family members, and not allowing them to put the book down.
Suspense Magazine listed BEYOND JUSTICE in its BEST OF 2010, alongside titles by Scott Turrow, Ted Dekker, Steven James and Brad Thor.
His short story THE DOOR’S OPEN won the HarperCollins Authonomy Competition (Christmas 2010.)
Publishers Weekly described BEYOND JUSTICE as: “A riveting legal thriller…breaking new ground with a vengeance…demonically entertaining and surprisingly inspiring.”
Joshua Graham grew up in Brooklyn, NY where he lived for the better part of 30 years. He holds a Bachelor and Master’s Degree and went on to earn his doctorate from Johns Hopkins University. During his time in Maryland, he taught as a professor at Shepherd College (WV), Western Maryland College, and Columbia Union College (MD).
Today he lives with his beautiful wife and children in Southern California. Several of Graham’s short fiction works have been published by Pocket Books and Dawn Treader Press.
Writing under the pen name Ian Alexander, Graham debuted with his first Epic Fantasy novel ONCE WE WERE KINGS, an Amazon #1 Bestseller in multiple categories and Award-Winning Finalist in the SciFi/Fantasy category of The USA “Best Books 2011″ Awards, as well as an Award-Winning Finalist in the Young Adult Fiction category of The USA “Best Books 2011″ Awards, and an Award Winner in the 2011 Forward National Literature Awards in the Teen/Young Adult category. ONCE WE WERE KINGS is available in ebook and hardcover editions.
For Film Rights Josh is represented by UNITED TALENT AGENCY.   Please use the CONTACT button on this website for all inquiries.
Joshua’s latest book is the paranormal suspense novel, Terminus.
Visit his website at www.joshua-graham.com.

About the Book:
How far must an angel fall to find his destiny?
Having witnessed one too many senseless deaths, Nikolai, a disillusioned Reaper 3rd Class, resigns his commission with the Angel Forces after a tedious century of gathering souls.
Immediately, another division recruits him with the promise of a more rewarding career, and issues his initial assignments: To bring down a few very dangerous threats to the human race.  In the process, Nikolai falls in love with one of his targets—Hope Matheson, a woman who will lead thousands astray.
Caught between conflicting agendas, Nikolai chooses to “fall” from his celestial state and become mortal in order to circumvent angel law and be with her.  But for angels and humans alike, things are not always as they appear.  Still a target, the threat against Hope’s life intensifies.
Now, in order to save her, Nikolai must rally the last remnants of his failing supernatural abilities to prevent her assassination, as well as the destruction of an entire city by a nuclear terrorist strike.
But his time and power are running out…
Terminus is a perspective-altering saga that delves into ageless themes of redemption, destiny, and the eternal power of love.