Author of The Week: Alvin Horn 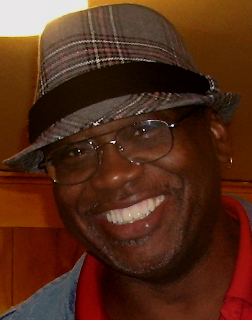 Q & A with Alvin Horn

A&RBC: How did you become a writer?
Alvin: I attribute it to my mother for sending me to the library when she placed me on restriction, often for daydreaming in school. Pages of autobiographies and biographies, of other people lives became daydreams and made my imagination run wild. After reading the work of Richard Wright, Zora Neale Hurston, and Nikki Giovanni, I knew I wanted to be a writer of love poems and stories. “Some of my erotic writings creativity came from my dad leaving men’s magazine in a not so secret place. My friends peeked at the picture, but I read the stories, most of the time …”

As a child, I had a limited ability to hand-write with a pen or pencil. I cannot hold a pencil and produce more than a few sentences without writing them backwards, or writing letters backward, yet it looks correct to me. I have a learning dis-order; my brain waves get confused and it comes out through my writing hand. The name for my condition is Dysgraphia. Dysgraphia involves having difficulty with my fine-motor skills and motor memory. I know what I want to write, but by the time the signal reaches my fingers holding a pencil, it’s a mess.

Back in the day, I would trade writing services. Fellow students would write my assignments out for me, and in return, I’d let them copy from my imagination to improve their school assignments. One thing I did, I used to recite love letters for my friends to give to girls or boys. Finally, as I wanted to write all these poems, short stories and novels you have been reading I got over my shame and sought help by first getting a correct diagnose. In my late thirties, I learned use a keyboard and the effects of Dysgraphia are held in check. I’ve learned to laugh at myself from my heart, instead of my mind beating up on me for what I cannot do, and I celebrate what I can do.

My disabilities in many ways has created my style of writing, much like in the way a blind person sees life another way, certain sense reroute, thus creating a style. Like listening to Stevie Wonder play drums. He hits the drums on the right beat, but he hits different drums on those beats much different from other drummers. His drumming sounds unique but still correct. I hope you keep enjoying my gift, and my style.

A&RBC: Where does your inspiration for your characters come from?
Alvin: From my own need to read books with characters whose lives are not made dramatic from overtop behaviors without having the entire backgrounds of why. From reading classics such as Mark Twain, Richard Wright, Hemmingway, James Baldwin, in many classics complete character development is a major part of the story, equaling the drama in each novel. Everyday people can have compelling lives if you know their story, and I love creating that environment.

A&RBC: What are you hoping readers take from your book?
Alvin: Seeing themselves; I hope they read bits and pieces or more of their own world past and present. I want to open their minds to the possibility of thinking about social issues in different lights through what my characters struggles and joys.

A&RBC: If you were to write a book about a controversial topic, what would it be?
Alvin: I have thought about a character that for some reason was isolated from people for twenty-years or more and then they would have to interact in society. How would they deal with fear, love, sex, faith or religion, money, and work and more? How would people react to that character? This character is not a prison inmate or war prisoner. What would have someone isolated for the length of time realistically? Open to ideas…

A&RBC: Most writers have a process or method for writing their books, what is yours?
Alvin: Mine is not complicated. I’m blessed so far not to have had writers block and I can write in the middle of a football game and eighty thousand people screaming yelling. My best time is when I turn on some classic music, like Phyllis Hyman and I can write-away.

A&RBC: What is your favorite genre of books?
Alvin: Crime-murder-mystery and the P.I. and Biographical novels

A&RBC: Are you an avid or occasional reader?
Alvin: Reading three to four books at a time always. One fiction, one bio, one social science, and the Bible.

A&RBC: What is or was your dream job?
Alvin: To be a writer who people want to buy my work—enough to earn a respectable living and the reason they buy my novels is because they are desirable reads, and not just because I’m the popular name to buy.

A&RBC: What new projects are you working on?
Alvin: My previous two books Brush Strokes and the recent Perfect Circle are not sequels but are connected though sub-characters, and I am turning them into main characters in my current project. I’ll keep using Seattle and the Northwest way of life that is different from the rest of the country as part of the story. A few new characters in the new book will be a former Secretary of State, and we learn she has an unusually freaky sexual nature. Another Character finds out his mother who gave him at birth was kidnapped or was she, either-way she’s famous for a real life historical event.

A&RBC: Where can readers find you?
Alvin: I’m always on my houseboat—living in Seattle, and it’s easy to contact me through my website www.alvinhorn.com. I do travel a lot because I am a featured spoken word performer. My books are at most retailers, and for sure I can be found on Facebook https://www.facebook.com/alvinhorn

About The Book
Stalking, violence, and philandering threaten the well-being of the professional and private lives of four characters in the Emerald City of Seattle.   Ayman Sparks is the head coach of the East Seattle City University basketball team. He tries to control everything in life like the tight swish of a basketball. He meets a woman, who is really a substitute for his ex-wife, but she pushes boundaries with her deep emotional issues and doesn’t go away without taking a pound of flesh.

Sterlin Baylor, the assistant coach, is pure playboy, and he bounces women in and out of his bed. Finally, a woman does something foul to him that becomes a life-or-death situation for Sterlin and everyone involved.

Lois Mae has turned to Internet dating. She is a stylish, full-figured woman who teaches literature at the university. Her dates sometimes turn dangerous as she has a hard time keeping her compulsive sexual appetite under control. Will her history of abuse keep her love dying or will she learn to live for love?

Vanita Irving is a churchgoing single mother. She is a model of beauty who appears confident and efficient, but she can’t control her life-long struggles with depression. Will she take the right steps to change her life or will she keep repeating her past?
Posted by Teresa B at 4:59 AM