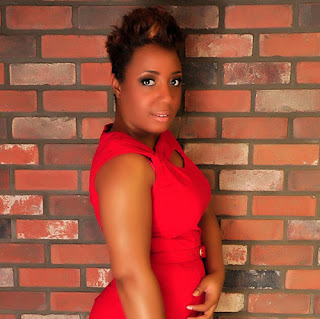 Angela James was born in Chicago, Illinois, April 1, 1980 to Evelyn James and Jerome Wilson.  She was an honor student and excelled in her studies which placed her in accelerated classes at Lawndale Elementary School, Dvorak Elementary School, and Our Lady of the Westside: Precious Blood Catholic School, all on Chicago’s Westside.  She briefly attended Collin’s High School before being transferred to McClain High School in Lexington, MS.  After graduating with honors and receiving an academic scholarship, Angela attended Alcorn State University in Lorman, Mississippi as a Business major.  The next year she transferred to Mississippi State University where her major became marketing and advertising.  After spending two years there she decided to leave school, due to family issues, and enlist in the United States Navy.
She enlisted in the United States Navy in 2002 and after boot camp at Recruit Training Command (RTC) Great Lakes, IL, went on to study cryptology maintenance in Pensacola, FL.  After training she was stationed on the USS John F. Kennedy CV-67 in Jacksonville, FL.  From there she transferred to the Office of Naval Intelligence in Suitland, MD.  She was then chosen as an individual augmentee to deploy to Djibouti, Africa in support of Operation Enduring Freedom/Operation Iraqi Freedom.  This is where she began writing her first novel, Love's Triangle.  After six months of deployment, Angela returned home where she finalized her novel and continued writing short stories, stage plays, musicals, poems and other literary works, and also chronicled her time in the military.  In November 2009 she made her dream a reality by publishing Love's Triangle.  After hefty responses, Angela began writing her second novel Bitch, launching in 2012, along with her first romance docu-series, Erotica.  At her last command in the Navy, the USS Carl Vinson CVN-70, she wrote a short musical play for the ship's Multi-Cultural committee’s Black History celebration.  Her peers, fellow Navy sailors, helped her put this literary work into an astounding production.
Angela has written short stories, plays, poems, songs, and most recently novels since in grade school.  Pursuing writing and becoming an established novelist in the genre she’s creating of romantic suspense novels is her priority.
Angela separated from the Navy in 2011, and works as a Network Engineer, making writing her number one goal.  She currently lives in California.

Q & A with Angela James

When did you first consider yourself a writer?

When I completed a book of poetry and won a writing contest in third grade.

Do you have a specific writing style?

My genre now is romance suspense. I am working to create this as a genre to write under for future authors.

How do you come up with your titles?

With all titles I just look for something that catches the attention and captures the content of my novels.

How much of your books are realistic?

Most of the stories are based off a bit of reality in my life. But, I'm the only one that knows the total truth. HaHa!

What books have most influenced your life?

Anything and everything by Eric Jerome Dickey and E. Lynn Harris

What do you want your current and future fans to know about you?

I'm honest, I'm real, I'm creative and artistic. I plan to be around for awhile, too.

Where can readers find you? 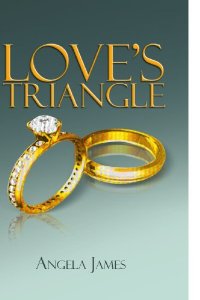 Nameless character has an affair with a co-worker who turns out to have skeletons in his closet. She is a successful marketing executive who searches for love because her own marriage is falling apart. She finds a charming young man who, at first, seems together, but, after getting involved with him uncovers the tragic drama he calls his life. She learns she shouldn't have looked for love in all the wrong places---and definitely not in this direction. His past kick starts her future into a spiraling tale of drama that leads to a shocking ending!