Excerpt:
Climax, I would do anything to achieve it. The almost indescribable, but most desirable feeling you get when chasing it is nothing compared to the ultimate pleasure you gain once you actually reach it. I could climax every day for hours on in and never get tired with it or bored of it. I was addicted to sex, but I was obsessed with the climax. It was my drug of choice.
Some people preferred liquor some preferred hard drugs, but all I needed was a hard nut. I preferred climax above anything else. I couldn’t focus, concentrate, function, eat, sleep, live, or breathe without it. Just one man was not enough to satisfy the hunger, appetite, craving, need, desire, or thirst for climax. The spine tingling, body shivering, intense, and electrifying sensation was unlike anything I could ever describe with words.
My entire life consisted of climax. I was controlled and consumed by the need for it. I was in a constant pursuit of the adrenaline rush and the ultimate high of climaxing. It was like the explosion of a firecracker going off in my body. It was like skydiving, it left me soaring through the air at the highest altitude.
It was like surfing the perfect wave, climbing the highest mountain, swimming the deepest ocean, and walking through the hottest fire. It was definitive gratification. One day while working at a fruitless job I had an epiphany. I realized that no career was going to satisfy me or be fulfilling enough if it didn’t allow me or involve me doing what I loved to do. That’s when I came up with the bright idea to open up a modern day brothel or as some would call an escort service.
My objective in life became climax and from that point on Operation Climax was in full effect. I was only going to hire the most desirable vessels. I would build an empire based on satisfying both men and women’s strong desire for climax. I was seeking only the finest of the male specimen. I only wanted men that desperately needed a constant dose of climax. I needed men who knew all the elements of providing women and themselves with the best and most powerful climax.
About the Author 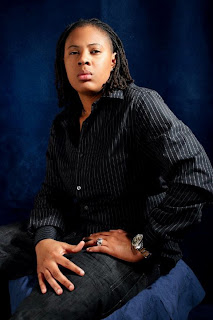 Girly G. is a native of Miami. She is an ambitious, talented, passionate, and creative young woman. Coming from a place where the urban genre does not dominate the readers she is striving to bring the essence of street Lit to the Magic City. Girly G is also an HIV-AIDS activist who loves to give back to the community and empower the youth.
After taking a bitter bite from the industry, founder and CEO Girly G. decided to take control of her career and place her fate into her own hands. Despite the many upsets, adversities, and obstacles placed in her path she remained faithful, dedicated, determined, and ambitious. She never gave up on her dreams, goals, and aspirations no matter how far ahead the road to success may have seemed. She is on a constant mission to reach her pinnacles to turn dreams into realities and to make the impossible possible.

Get to know Girly G:
Q: Why did you become an Independent Author?
A: 2 Reasons Creative control and Profit. I love the freedom of being able to write the content I want to write the way I want to write it. Also I love not having to pay a million people a percentage of the profit when I wrote 100% of the book.
Q: When you aren’t writing what are some of the things that you enjoy.
A: Giving back, volunteering, and being an Activist for HIV-AIDS.Also I’m working on founding and establishing my non-profit organization for under privileged kids focused on youth empowerment and helping families infected with or affected by HIV-AIDS.
Q: What is the easiest part about being an Author? What is the most challenging? What is the most rewarding?
A: The easiest part would have to be writing. The most challenging would have to be the real work which comes after writing the book i.e promoting, marketing, etc. The most  rewarding would definitely have to be the feedback from the readers to hear and see their reactions and excitement from enjoying my hard work. It really humbles me and is ultimately the greatest feeling of all.
Q:What inspires you to write about the subject of Sex?
A: I think sex is universal. I believe there is always a fantasy or a thought in your mind that makes you want to sexplore something out of the norm and maybe what’s considered freaky or kinky. It’s just a part of human impules. Sex allows you to be sexpressive and fully let go and just be whoever you want to be and do whatever you want to do to yourself or your partner(s).
Q: What’s next in 2013 for Go Hard Publishing and Girly G?
A: There is a lot more in store for the readers this year. We have Scandalous Encounters, Deceitful Affairs, Skittles 2 “HomoSEXual Tendencies” and A Cold Summer all scheduled to release in 2013.
Q: How can readers follow Go Hard
A: Twiiter: @authorgirlyg @Teamgohard__ Facebook: Go-Hard Publishing Website: www.gohardpublishing.com

Find the author:
Email: authorgirlyg@aol.com
The book will be available for purchase at www.gohardpublishing.com