Plato Letters To My Son Book Tour with Neel Burton 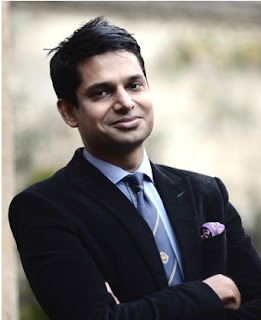 Neel Burton was born in 1978 in Curepipe, Mauritius to a Mauritian father and a Zanzibari mother, and grew up in Geneva, Switzerland. From 1996 to 2002, he studied medicine and neuroscience in London. He then moved to Paris, where he worked as a strategy consultant and, later, as an English teacher. In 2003, he returned to medicine and the UK, and, in 2004, went up to Oxford to specialize in psychiatry, whilst simultaneously reading for a Master’s in philosophy in the University of London. He currently lives and teaches in Oxford.

My doctor tells me that, at last, I am dying. The time has come for me to write, or, rather, dictate these letters to you. I pray that I might remain lucid for long enough to finish the task and ask that you forgive any lapses in my memory or reason. I propose not so much to counsel you as to furnish you with an account of my life and thought; not the impersonal and incomplete fabrication that you or anyone might piece together from my books, but the real account–in so far as there could ever be such a thing. For all the man and the god that I have found in you, I do not, and cannot, expect your tender years to tease out my every accent and every nuance, and I am writing as much to account myself to you as to account myself to myself.

Neel Burton, as psychiatrist who lives and teaches in Oxford, has authored a number of non-fiction books to date, and Plato: Letters to my Son is his first foray into fiction. Early reviews of this lively and intelligent book have been strong, with one reviewer calling it a “wonderful and gracefully written introduction to the world of ancient philosophy”.
Posted by Teresa B at 8:46 AM