A Voice in the Night Book Tour with Ernestine Dail 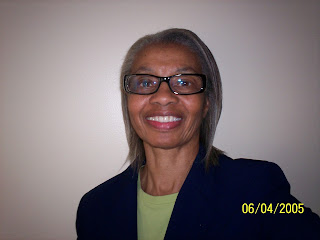 Ernestine Dail is a high school teacher and lives in Maryland. She has taught school for several years and enjoys the wonders and amazements she finds in being around children. The inspiration for writing her book comes from being surrounded with children and knowing their joys, likes, and dislikes. She is the author of two books—Dimples DoGood, and her latest, A Voice in the Night. She likes to read, write, travel and do crossword puzzles. 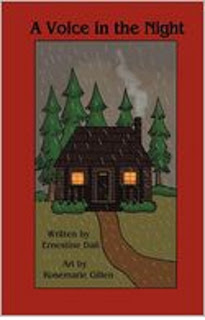 Brian, Josh, and Thomas arrived at Blackstone Cabin with great expectations of fishing and having fun. Now in the midst of a raging storm, and a hooded stranger frantically knocking at their door, the boys desperately wished for Josh’s father, Mr.Joplin, to return to the cabin. Will he return in time to save the boys from danger, or will the boys open the door to the frantic knocking of the hooded stranger outside.

Dark, rainy and ominous was the night. The mountain wind whistled ferociously through the trees and around the cabin shaking its rugged doors. Lightning cracked the sky and thunder rolled over the mountain peaks resounding in an echo of authority. Brian, sleeping on the sofa, suddenly sat up gasping as the torrential rain splashed and pounded against the cabin windows. Shaking and trembling, he sprang from the sofa, ran to check the windows and the doors to make sure they were locked. Gingerly moving about the room, he noticed that the fire in the fireplace smoldered as the cold, dark stillness in the room beckoned him to put more logs on the fire. Carefully, he moved about in the dark, thinking about his friends, Josh and Thomas, sleeping upstairs in the loft. He wished that they were awake so that he wouldn’t be up alone, but the eerie, foreboding silence upstairs reminded him that they were still asleep, unaware of the storm. Slowly, he found his way to the wood bin in the corner of the room and placed a few logs on the fire, hoping that they would last until morning.

Standing by the fireplace, he remembered when he first met Thomas Templeton in school. He was tall and muscular, with cropped black hair and forlorn, hazel eyes. Being six feet tall, he hovered above others in the class. His appearance was always meticulous even though he didn’t wear the latest fashion. He rarely smiled and sometimes appeared to be very irate, but never mentioned what bothered him. Frequently, he turned his homework in late, if at all. While in class, he consistently made comments that were not relevant to the lesson. Quite often, he bullied his classmates, took lunch money from the younger children, and never had anything positive to say about anyone.