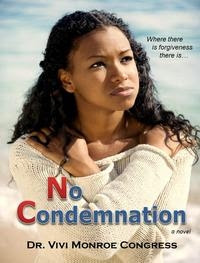 The city of Tobe, a snowball's throw away from Buffalo NY, is known for its frosty climate...and its drama. Despite the chilling temperatures, love is in bloom for some of its residents while lowering the boom on others. Either way, getting the most out of love and life is largely based on healthy decisions because there are times when, simply put, love isn't always enough.
Young, enterprising Trené Sloan is successful in business but not so much when it comes to relationships. Recklessly in love with Chaz Thomas, the philandering father of her children, Trené continues to dole out love and forgiveness in the face of his unrelenting quest for short-lived affairs with every woman that crosses his path.

But will she find the courage to make the hard decision to leave the toxic relationship and reclaim her misplaced faith before tragedy occurs?

No Condemnation (from the Just NO Series) is next level inspirational fiction; heartwarming, emotionally-engaging while keeping things real.


Book Excerpt
New Beginning
The women sitting in the pew three rows ahead had glanced over their shoulders several times, whispering and exchanging sly, familiar, yet discreet grins in his direction. Even in church, Chaz Thomas knew what people—women, in particular—were saying about him. Not that he gave a king-sized flying flip one way or the other as long as the conversation gave him the front-and-center attention he craved. In feminine circles, he was hailed as The Perfect Ten. Although he was, in fact, a good-looking brother with strong, chiseled features and a body to match, those attributes weren’t exactly the reasons Chaz had gained the ‘title.’ It was more along the lines of his having fathered at least ten children, aged ten years old and younger, all within a ten-block radius. But, who was keeping count other than those he casually wrote off as trash talking women he’d rejected, full from drinking that bittersweet playa hater’s juice?
If it weren’t for Trené, his current baby mama, begging him to attend Friday’s Watch Night Service with her, he wouldn’t be here now subjecting himself to visual inspection—and temptation. Every man knew church was the place to find a woman engaged in inner warfare, surreptitiously longing to unleash the “other,” less-holier side of herself. Trené was aware of his weakness and should’ve known better than to bring him for that reason alone. Chaz was no different in his thoughts on the subject and like most so-called preachers he knew, he was more than willing to accommodate. Unlike a great many of them, however, Chaz was able to... in ways and for durations that only he and God would ever truly know.
About The Author 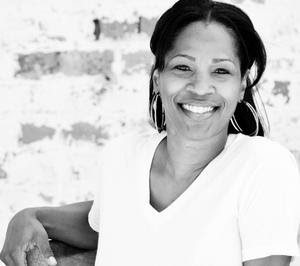 Dr. Congress is a Best-Selling, Award-Winning Wordsmith, Literary Advisor, Publisher and creator of C.H.O.C. Lit™ Flavored Books (Christians Having Ordinary Challenges).
She holds a BA in Human Relations, Masters in Theology, Doctor of Ministry degree in Christian Counseling and is a Certified Christian Life Coach.

Q & A with Vivi Monroe Congress

How did you become a writer?

Actually, I often joke that I’m a writer by suggestion, almost like a dare; a co-worker one day walked up and told me I should write a book. She went on to explain there were a lot of hurting folks in the world and then indicated that I—me, of all people—could be a catalyst for inspiration. I prayed about it and began a faith walk from that point to this, using my pen/keyboard and haven’t looked back.

What are you hoping readers take from your book?

The books in the Just NO! series are inspirational, sharing a theme of living with ourselves and one another, flaws and all. There’s humor and a lot of “real” in each book and I feel it’s important to express God’s love and forgiveness to those who are hurting, doubting and detached from a real relationship with God; to have readers experience the freedom that comes with knowing no matter what you've done, whatever your failings and offenses—former, present or future—they’ve been justified through Christ. And where there is forgiveness, there’s NO CONDEMNATION (John 5:24, Romans 8: 1-2).

If you were to write a book about a controversial topic, what would it be?

The Christian homosexual and the church’s approach to handling this population.

Are you an avid or occasional reader? If so, what is your favorite genre of books?

Because time is a factor, I’m more of a occasional reader. And anything inspirational that can assist me in becoming a better human being will usually draw me in.

If you could interview one of your favorite authors, who would it be? Why?

OMG, that’s easy, J. California Cooper or Sidney Sheldon (now deceased). Both individuals have played a huge role in my writing, my wanting to not just be a writer but a wordsmith, fusing words in a way that make readers TRULY “feel”. I’d like to know what makes them “tick”.

If you could make a movie out of one of your books, which one would it be?

It would have to be No Condemnation; it’s my first novel and based on feedback and reviews, readers say they can “see” everything as they’re reading, like a mental movie.

Which marketing/promotions or publicity strategy has worked best in your favor?

So much has changed since my first book was published but social marketing (Facebook, Twitter, etc.) as well as digital/e-format platforms have proven to be very useful in promotional efforts.

Which do you like better traditional or self-publishing? Why?

All my books have been self-published so I have no point of comparison to prefer one over the other. I can say this however; there is more freedom in self-publishing and that alone has served me well.

What new projects are you working on?

I haven’t begun the actual writing for my next novel (series) because I’m still finishing the Just NO! Series, but I have sketched the outlines. This (new) set of books will explore church (folk) and it’s mayhem from a laugh-out-loud perspective but will definitely have “take-away” undertones. From the present series, “No Condemnation” is Book One (Forgiveness) and  released in March (2013). Then, there’s “No Conditions” Book Two (Love) tentatively scheduled for a September release and lastly “No Conviction” Book Three (Freedom) which won’t release until 2014.  The books in this series are inspirational, sharing a theme of living with ourselves and one another, flaws and all. There’s humor and a lot of “real” in each one.

Facebook link facebook.com/DocVMC
Posted by Teresa B at 6:43 AM