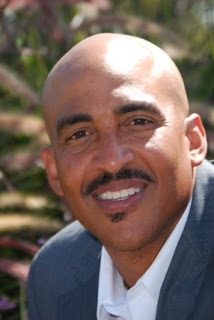 Minister.  Father.  Servant.  Evangelist.  Author.  Stewart Bernard Perrilliat is a gifted individual who has a passion to see broken lives restored and renewed through a relationship with Jesus Christ.  A native of Oakland, California, Stewart grew up in a community that was plagued with a number of challenging institutional socio-economic ills.  Nevertheless, Stewart escaped the lures of the streets and became a Sergeant in the United States Marine Corp before becoming the Founder and CEO of Perrilliat Enterprises, a general contracting and engineering firm based in Northern California.

Stewart began his ministry call as a Street Evangelist in 1995, and since that time he has been used by the Lord to win countless souls into the Kingdom of God.  He attributes his success as a Street Evangelist to his ability to present the gospel in a manner that meets people at the place of their need.  His call has become the central focus of his life and ministry.  Though Stewart is a gifted entrepreneur, he is first and foremost a service-driven person who is passionate about seeing people live their life now through having a relationship with Jesus Christ.  Stewart’s teaching gift empowers people to apply Biblical principles to improve and enhance their lives.  His approach is known for being encouraging, practical, and inspirational.  He is also known for motivating others to reach their highest potential.
Q & A with Stewart Perrilliat

A&RBC: How did you become a writer?
Stewart: I have always had the gift to express myself through writing. My mother is an English major and also a professional writer, and therefore I believe that it has always been in me to write.

A&RBC: If you were to write a book about a controversial topic, what would it be?
Stewart: “There Is A God”

A&RBC: Are you an avid or occasional reader? If so, what is your favorite genre of books?
Stewart: My favorite genre is fantasy I like the “Lord of the rings” by J.R.R. TOLKIEN

A&RBC: If you could make a movie out of one of your books, which one would it be?
Stewart: It will be on a book that I am presently working on. “The Fall Of The Mighty”

A&RBC: What new projects are you working on?
Stewart: I am currently working on writing a motion movie and six other daily devotionals.

A&RBC: Where can readers find you?
Stewart: Connect with me at:

The book is a 40 day devotional. It's a great book for men and women. This book is designed to help those who are struggling with a consistent prayer life. It's easy to read and very fruitful.