Interview with M. A. Donovan 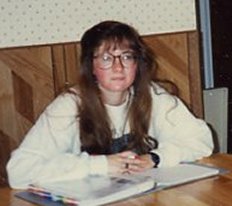 A&RBC: How did you become a writer?
M. A.: It was my true calling. I was an awkward kid with big dreams who wanted adventure and an escape from the boredom of a daily routine, so I invented my own worlds that would take me on endless escapades. It was my way to unwind and accept the trials of youth. When I realized writing was something I excelled at, I jumped on the boat and sailed off to my own enchanted lands. I've been riding that wave ever since.
A&RBC: What are you hoping readers take from your book?
M. A.: That even an average person can become a hero. It's inside all of us, just waiting to be let out. If we embrace it, happiness and a sense of well-being are sure to follow.
A&RBC: If you were to write a book about a controversial topic, what would it be?
M. A.: Video games and their "supposed" push towards turning kids into violent maniacs.
A&RBC: Are you an avid or occasional reader? If so, what is your favorite genre of books?
M.A.: Avid reader definitely. Fantasy was always my first love but lately I've been more into the thriller genre.
A&RBC: If you could interview one of your favorite authors, who would it be? Why?
M.A.: Kay Hooper because I'm impressed at what a woman like her has achieved. She writes in the genre I love and she has a way with the written word that speaks to me.
A&RBC: If you could make a movie out of one of your books, which one would it be?
M.A.: When Angels Sing
A&RBC: Which marketing/promotions or publicity strategy has worked best in your favor?
M.A.: Word of mouth
A&RBC: Which do you like better traditional or self-publishing? Why?
M.A.: Self-publishing because you have more control over every aspect of your book -- the cover, pricing, commissions, etc.
A&RBC: What new projects are you working on? 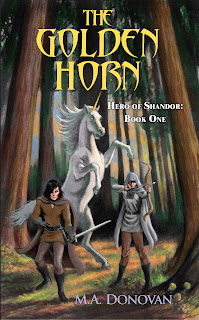