Author of the Week: Yani 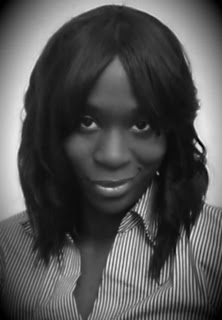 A&RBC: How did you become a writer?
Yani: I became a writer at a young age starting out with short stories like Tom & Jerry because that was my favorite cartoon. I always wanted Tom to get Jerry, so I would write little stories where the cat finally got the upper hand. After that, I wrote short stories in elementary school to make my teachers and classmates laugh. In junior high school, I started getting into rapping and free styling which turned into writing poetry. When I was 14, I had the idea for A Thug's Redemption which originally was called Thug Life. It didn't start out as a book, just a short story I wrote to cope with a friend of mine who had been accidentally murdered because someone was playing with a gun. But my friends liked it so much, they encouraged me to write more. Seven months later, A Thug's Redemption was born.
A&RBC: What are you hoping readers take from your book?
Yani: I'm hoping my readers will see that every action has a reaction and every bad action has consequences. People have to be held accountable for the things that they do in life. I'm hoping my readers will see that the drug business, hustling and street life is not to be glorified no matter how lucrative it seems to be. I would also like for my readers to understand that Karma does not miss. The law of cause and effect insures that we reap what we sow. Sometimes our causes don't always effect us directly, but the people around us instead.
A&RBC: If you were to write a book about a controversial topic, what would it be?
Yani: I'm actually writing a book about a controversial topic right now which is the BDSM industry. It's not like 50 Shades of Gray. It touches basis on all forms of the fetish/femdom lifestyle and how easily it was for the main character to not only get caught up in it, but confuse it with her regular everyday lifestyle. Racism would also be a controversial topic that I would write about and how crimes are investigated differently for both blacks and whites as well as the stereotypes Black people face with certain crimes.
A&RBC: Are you an avid or occasional reader? If so, what is your favorite genre of books?
Yani: I'm an avid reader. I love reading, from Stephen King to Margaret Walker to Laurell K. Hamilton & Ann Rice to W.E.B DuBois and Richard Wright to Teri Woods & Zane. I enjoy many different genres in the literary world.


When Jamal decides to take matters into his own hands by avenging his best friend's murder, he is forced into the street life, forever in debt to his cousin Samir, one of Philadelphia's biggest drug lords. After finding love, separating himself from the game and turning his life around, fate comes into play when a desperate act by his younger brother Shawn brings back the haunting night from Jamal's past. Secrets are revealed and Jamal is forced back into the street life to save his brother as well as himself. In this story about friendship, love and the dangers of North Philly streets, Jamal will soon learn that mistakes are hard to clean up and they will cost him dearly in the end.