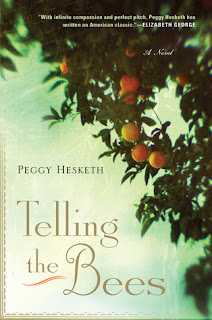 Albert Honig’s most constant companions have always been his bees. A never-married octogenarian, he makes a modest living as a beekeeper, as his father and his father’s father did before him. Deeply acquainted with the workings of the hives, Albert is less versed in the ways of people, especially his friend Claire, whose presence and absence in his life have never been reconciled.

When Claire is killed in a seemingly senseless accident during a burglary gone wrong, Albert is haunted by the loss, and by the secrets and silence that hovered between them for so long. As he pieces together the memories of their shared history, he will come to learn the painful truths about Claire’s life, and the redemptive power of laying the past to rest.
Posted by Teresa B at 4:59 AM