Author of the Week: Tamika Newhouse 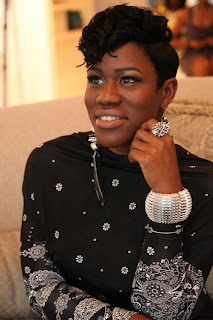 About the Author
Tamika Newhouse is a self-published bestselling author who founded Delphine Publications, at the age of 21; Tamika appeared on various bestseller lists and won Self Published Author of the Year at the 2009 African American Literary Awards only 9 months after her debut novel. In 2010 she was inducted into Who’s who in Black San Antonio and she landed a major publishing deal without an agent and still continues to write independent projects. In 2011 her company Delphine Publications won an African American Literary Award for Best Anthology as well as Tamika won for the second time Self Published Author of the Year. She was also nominated by the National Women in Business Association for the 2011 Entrepreneurial Spirit Award.
Along with Delphine Publications, Tamika is the founder and President of African Americans on the Move Book Club (AAMBC) – an online book club and radio show catering to avid readers across the nation. She is also CEO of Obsessive Soul Media. With future projects in the works from short films, stage plays and much more, Tamika is a young woman on a mission. She has been featured in Uptown Magazine, Essence, Juicy Magazine, and in Vibe Vixen Magazine.
Tamika presently tours the country speaking about overcoming her teen pregnancy to fulfill her dream, as well as teaching aspiring writers the publishing ropes. A former radio host, she hosted her own internet radio show (AAMBC) for over three years and continues to expand her brand. She is currently living in Atlanta with her son and daughter and is currently working on her seventh novel  Kisses Don’t Lie 2. There’s Dean her first love and then there’s Keith Mr. Right Now. Kyla struggles with her desires and her past when she makes a rare trip back home to Fort Worth. After leaving ten years ago Kyla comes to terms with the one who got away; Dean and their short lived romance comes into full swing. That is until it goes terribly wrong and she is left with wondering if she should work it out with Keith instead. A simple kiss led to many secrets being revealed; and it makes Kyla wish she could take it all back. Michael is ready to commit to Brittany and for once he feels he has the right woman by his side. That is until a passionate night turns into an unwanted child. Fighting to keep her heart from being broken; Brittany vows to never be just another notch in a man’s belt. Although Michael promises to be there and seals it with a kiss, Brittany still struggles with if she should carry their child. When love isn’t enough will each one of them make the right decision? Can they finally trust the one they want the most? After all its better to be slapped by the truth then kissed with a lie. They say kisses don’t lie, right? 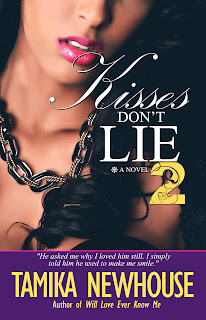 After moving on from her first love Dean, Kyla finds love with his brother Chris. But when Chris relocates to make a new life for them he discovers lies that could break Kyla’s heart but could finally get rid of Keith, Kyla’s current boyfriend. Forced to protect her and keep the lies , Chris’s choice to be quiet can ruin his chance at love with Kyla. Meanwhile Brittany is prepping to have Michael’s baby that is until an unlikely visitor claims she is the one Michael is with when he is not with her. When Chance returns to mend a friendship lost because of lies, Brittany finds comfort in the arms of Chance; the man who once held her heart and her relationship with Michael is put to the ultimate test.
Posted by Teresa B at 8:05 AM