Author of the Week: Ashley Henry 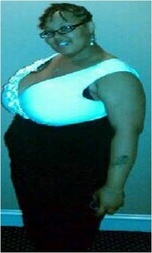 I am an author new to the rest of the world but not to my family and friends. I have been writing young adult urban literature for a decade, writing my very first short story, ‘Suffering in Silence’ at the age of fourteen.

Born, raised and currently residing in the Capitol Heights, MD area I love to read, write (novels, short stories & poetry), and spend time with family and friends.
I write what I see everyday people go through. When I write I want people to feel like they are the character. In my stories you WILL find characters much like you or someone you know.

Writing is my biggest passion, along with mentoring. Hoping that I can change someone child, teen, or adult with the messages that I am writing about.


Q& A with Ashley Henry

A&RBC: How did you become a writer?
Ashley: I started writing when I was in my 7th grade class and we had to do one of those benchmark test. It required us to write a short story and from there I fell in love with literature world. I started writing little plays and short stories using my classmates as the characters. They loved it.

A&RBC: Where does your inspiration for your characters come from?
Ashley:  Real life experiences from me and other people.


A&RBC: What are you hoping readers take from your book?
Ashley: I hope they read my books and see that see the realness and take them as lessons. I hope they would laugh until they cry, get captivated into the storyline as if they personally know who Nevaeh, Joi, and April are.


A&RBC: If you were to write a book about a controversial topic, what would it be?
Ashley: Abortion


A&RBC: Most writers have a process or method for writing their books, what is yours?
Ashley: Usually I have a dream about the book that is so vivid that I have to get on to writing it the next day; even if it’s just the first chapter. I don’t do outlines. If I’m stuck on what to write I would close my eyes and let my imagination run.

A&RBC: What is your favorite genre of books?
Ashley: Romance

A&RBC: Are you an avid or occasional reader?

Ashley: I’m an occasional reader. I don’t like to read when I’m in the works of writing something.

A&RBC: What are two things you want your readers to know about you?
Ashley: I HATE public speaking. I wrote Love in spite of Darkness in the 9th grade


A&RBC: If you could interview one of your favorite authors, who would it be? Why?
Ashley: Donald Goines! I just want some of his advice on being so vivid with his writing, drawing the reader in the way that he do. He’s my favorite author and I wish he was still here today creating more books.


A&RBC: What is or was your dream job?
Ashley: To become an English Teacher & Own my own community Center


A&RBC: What new projects are you working on?
Ashley:  Jade: Perfectly Imperfect

Growing up in a corrupt household, 20 year old Nevaeh Smith became a woman way before her time. After getting her innocence taken by her moms crack addicted boyfriend she runs away, at the age of ten, only to go into worst situations.

Not a wife, girlfriend, or child could slow her down. Even after being placed into the hospital for sleeping with someone’s boyfriend she still continued with her lifestyle. Until she met Jermaine Brooks inside of this group home that she had been placed in. Thinking that he was going to be an easy catch just like her foster father, she threw herself at him; but he didn’t catch. Nevaeh was determined to get the man who took authority and put her in check.
Posted by Teresa B at 11:04 AM