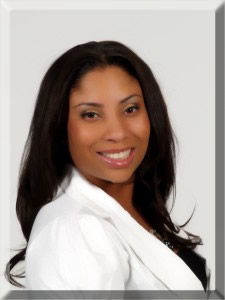 Q & A with Nicole Dunlap

A&RBC: How did you become a writer?
Nicole: I can remember being in my mom’s busted-up car when I was about five years old. We didn’t have a radio. I started out singing--unfortunately, I was no Alicia Keys. So I dabbled in story telling while my mom drove from Long Beach to do the “kiddy exchange” with my father who lived in San Bernardino. Over the years, I’ve always had a few stories swimming around in my head at one time or another. After I got a Masters in Educational Counseling and couldn’t find a job--eeek! I decided to try my hand at self publishing.

A&RBC: What are you hoping readers take from your book?
Nicole: Other people’s choices can either make you or break you. None of my characters are perfect, each of them have flaws, and some, so much more than others. With Miss Scandalous, my main character’s mother and daughter are going through different phases of life. Charlene has it perfect; she’s the star of a soap opera and the man of her dreams. Now, all she wants is for her adult daughter, Raven, to fit into this new life she’s made for herself. And, she deserves it right, because she’s been through so many things to get there. That’s what goes through her one-sided mind. While she’s busy trying to persuade Raven to love her, she doesn’t know that Raven has a vendetta against everyone she’s been hurt by.

A&RBC: If you were to write a book about a controversial topic, what would it be?
Nicole: I try to bring controversy into every book I consider writing. It adds tension to the story and can often shed light onto topics that have been neglected. Such as with Miss Nobody, Raven goes through periods of depression from being neglected by her mother, Charlene. Since she’s a teenager in this book, it really compounds on the issue of teen depression. As a school counselor, my eyes have been opened to this problem. Before, it wasn’t real to me; I didn’t have to think about it. But know, as I work with foster students and students whom have shock-stories, for example coming home from school and everything is gone–that their parents have left without a word–, well, that just makes the issue 3D. So, this issue of depression has dug its talons into the heart of the Shaw Family Saga and hopefully, it becomes real to the readers too.

A&RBC: Are you an avid or occasional reader? If so, what is your favorite genre of books?
Nicole: I’m an avid reader. My favorite is drama, but just about every genre can hook me, it all depends on my mood or the season. I find myself gravitating toward a good love story in the summer months and a suspense or mystery in the wintertime. If my husband is sitting next to me watching football or some other sport, I don’t mind reading about vampires and werewolves.

A&RBC: If you could interview one of your favorite authors, who would it be? Why?
Nicole: Terry McMillan. She’s been in the game for a while and as a teen, when I branched out from reading–other than what I was forced to in school–, McMillan’s novels were my go-to. Her stories evoke emotion. In each book there's a character that I can relate to, and then the plot snags you in too. 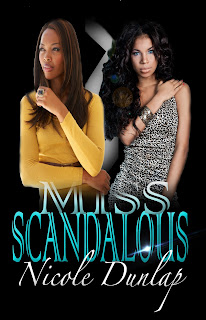 Charlene Shaw has gone through hell. She was raped and left for dead, yet she continued on her quest for fame. She’s a beautiful, desired actress who has found her Mr. Wright. According to the magazine headlines, her life is perfect. There’s just one thing her heart cries for…her daughter, Raven. This might be her hardest challenge yet–building the mother-daughter bond she’s prayed so hard for.

Raven Shaw has been abandoned by love. Her mom preferred Hollywood and her childhood best-friend, now ex-lover, disappeared when she became pregnant. Now, she’s adjusted to a “new” kind of love…motherhood. She’s determined that her daughter will have everything she didn’t. The only thing she wants for herself is revenge, even if it means disconnecting from a small piece of her heart that still cares. Raven’s acts of rage slither into her mindset, overpowering her in the form of nightmares and delusions of skeletons long dead.

After Raven’s scandalous ways, can Charlene mend Raven’s heart or will she be pulled down into the abyss? And then, there’s always the option, Charlene can get a little scandalous too…