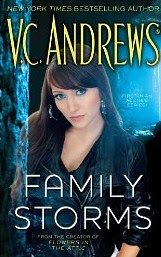 In the eye of the storm . . .
Living on the streets with her destitute mother, selling knickknacks and trinkets just to survive, Sasha Porter dreams of someday having a normal life, with a real house and family. But she never dreamed a devastating tragedy would bring her those very things: on a stormy night by a rainspattered highway, a speeding car veers out of control, striking and killing her mother and badly injuring Sasha.

. . . is anywhere truly safe?
In the hospital, Sasha is whisked off to a fancy private suite at the request of wealthy Mrs. Jordan March, a complete stranger who keeps watch by Sasha’s bedside and insists she come live at her family’s sprawling, luxurious mansion. Sasha soon learns Mrs. March never recovered from the loss of her daughter Alena, and with nowhere else to go, Sasha agrees to use Alena’s room, sleep in her bed, and wear her clothes. But someone will make sure that Sasha never takes Alena’s place: a jealous sister dead set on making Sasha’s life a living hell. 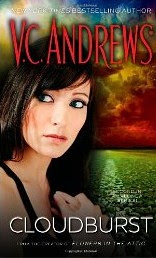 Since being taken in by wealthy Mrs. Jordan March and living in her exquisite home like a daughter, Sasha Porter’s traumatic past—destitute on the streets, and the shattering accident that killed her mother—seems like a fading nightmare. Beautiful and sophisticated, as bold and daring as her “sister,” Kiera March, Sasha still keeps her mother’s wise words close to her heart: never fully trust anyone. Inside her privileged new world, it’s advice that will prove more precious than gold.

Can Anything Stop The Downpour?

Against the wishes of Jordan’s husband, Donald, Sasha attracts the attention of Duane Banks, a shy, handsome athlete, and maneuvers her way into his heart. But Duane’s hidden torment soon explodes in a horrific tragedy that pulls Sasha into a flood of guilt and despair. And when someone she thought she could trust targets her vulnerability, Sasha recalls her mother’s warnings—and a violent storm of dark deceptions and shocking family secrets is unleashed. Will she sink or swim?
Posted by Teresa B at 7:59 PM