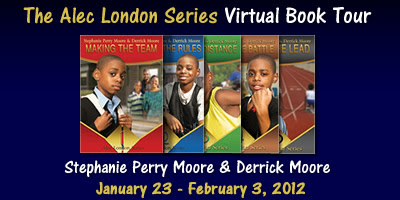 How did you become a writer?
In the seventh grade I knew I was a writer. My teachers and   parents found my gift and helped me cultivate my passion. I started writing Christian fiction about twenty years ago. I was reading Terry McMillian's novel and Max Lucado's book. I wanted a mixture and did not   find one in the Christian bookstore. The Lord told me to write for Him.
Where does your inspiration for your characters come from?
I speak to youth across the country and spending time with students gives me inspiration and ideas.
What are you hoping readers take from your book?
I pray my readers are inspired and entertained. I also hope they learn they can still be cool, yet live for God   daily.
If you were to write a book about a controversial topic, what would it be?
My newest titles coming out in the spring deal with molestation and gay issues. I hope   I've done both tough topics justice.
Most writers have a process or method for writing their books, what is yours?
My method is that I first outline every title. I get that approved   by the publisher. I then pray and dream of the characters. Then I talk   into a hand held tape recorder. I send the bit file to my assistants and they   transcribe the chapter. It is sent back to them and I edit and edit and edit. :-)
What is   your favorite genre of books?
I love reading historical romance titles.
Are you an avid or occasional reader?
I enjoy reading. It takes me to new places and warms my soul.
What are two things you want your readers to know about you?
I write to uplift people and I believe everyone can reach their potential.
If you could interview one of your favorite authors, who would it be? Why?
I would be honored to talk to Alex Haley. His writing changed me and I know he could share insights that would make me better.
What is or was your dream job?
I'd love to be an executive producer and to turn my works into tv/film projects.
What new projects are you working on?
I am currently writing two series that cross over. Cheer Drama is about five popular cheerleaders at an urban high school.   Baller Swag is about the five football players at the same school whom   the girls date. These ten novels deal will real life issues and will inspire   young people to have swag in every aspect of their lives.
I am also the co-editor for a new African-American women's bible called Sisters in Faith. It is a devotional product that will release January 2013.
Where can readers find you?
To learn more about my work and ministry, readers can visit me at: http://www.stephanieperrymoore.com/

The Alec London Series is a series written for boys, 8 – 12 years old. Alec London is introduced in Stephanie Perry Moore’s previously released series, The Morgan Love Series. In this new series, readers get a glimpse of Alec’s life up close and personal. The series provides moral lessons that will aid in character development, teaching boys how to effectively deal with the various issues they face at this stage of life. The series will also help boys develop their English and math skills as they read through the stories and complete the entertaining and educational exercises provided at the end of each chapter and in the back of the book.
Making the

Alec London is a fourth grader whose have a tough time.  His dad is the new assistant principal at school; his classmate Tyrod is bullying him; his brother, Antoine is mad with him and his mom is going away for a long period of time because of her job.  Through the game of football, lessons from his dad and a story about a man named Joseph, Alec learns that God cares about him and will help him out when he is struggling.

Alec feels abandoned by his mom. Now his brother Antoine and their cousin Little P are mad with him. At school when his tries to take up for a new kid in school he gets into trouble. Alec is trying to do his best but he just can’t seem to get things right. When he goes to church on Easter Sunday, the pastor shares a message that helps him to look at everything a different way.
Going the Distance
The school year is ending. Alec is looking forward to sleeping late and no bullying. But dad and mom have other plans for him this summer. Dad wants him to play baseball and mom puts him in an acting camp. He doesn’t want to do either but decides to try anyway. Alec hates baseball but dad won’t let him quit. He loves acting but mom won’t let him continue when he gets a part in a Disney show. Alec is upset with his parents but he learns that even when things don’t go his way he must still obey God by honoring his parents.

The summer is over and Alec is back in school. Tyrod has a new friend Zarrick who also bullies Alec and mom is still away. In response to all that's going on in his life Alec begins to act out in school, sleep in class and hang around with the wrong crowd.  And, to protect himself, he starts taking karate lessons. With the help of his karate instructor, parents, old friends, Alec learns that being disciplined and learning to respond to things in a way that pleases God are important when it comes to winning the battle.

Alec is voted class president and joins the track team. Though Tyrod continues to bully him, Alec tries to become friends. Everything is going well for him until he loses his grandmother. Alec becomes sad and gets off track but running track and working with the Special Olympics kids helps him work through the things happening at home and school. When his team wins the county title Alec thinks about how proud his grandmother was of him for learning how to take the lead. 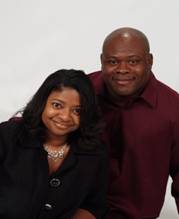 STEPHANIE PERRY MOORE is the author of many Young Adult Christian fiction titles, including the Payton Skky series, the Laurel Shadrach series, the Perry Skky Jr. series, the Faith Thomas Novelzine series, the Carmen Browne series, and the Beta Gamma Pi series. She is also the co-editor for the impactful BibleZine, . Mrs. Moore speaks with young people across the country, showing them how they can live life fully and do it God’s way. Stephanie currently lives in the greater area with her husband, Derrick, a former NFL player and author, and their three children. Visit her website at www.stephanieperrymoore.com.
DERRICK MOORE is a former NFL athlete who played for the Detroit Lions, Carolina Panthers, and Arizona Cardinals following his successful college football career. Since his retirement from the NFL in 1998 he has been in demand as a motivational speaker for professional teams, civic groups, churches, and the Fellowship of Christian Athletes. He is on staff with FCA, serving as the chaplain of the football program at Georgia Tech. Derrick is the author of The Great Adventure and the general editor for the Strength and Honor Bible.

Purchase the Books Online at:

For More Information, Visit the author online at:
http://www.stephanieperrymoore.com
View the blog tour schedule at:
http://www.tywebbinvirtualevents.com/
Posted by Teresa B at 6:13 AM