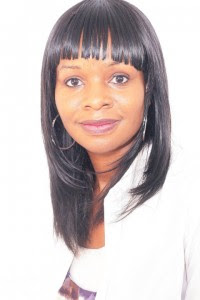 About the Author
Shana Johnson Burton is a two-time Georgia of the Author of the Year nominee and is the author of Suddenly Single, First Comes Love, Flaws and All, Catt Chasin’, and Flaw Less. She lives in Georgia with her two sons. When she is not writing, she enjoys reading, dancing, and traveling. She is currently working on the third book in the “Flaws” series, Flawfully Wedded Wives.
Q & A with Shana Burton


A&RBC: How did you become a writer?
Shana: I don't think I "became" a writer. I didn't have any formal training; writing has always come naturally to me. I think it's just what God graced me to do in the womb, and I've been doing it ever since.

A&RBC: Where does your inspiration for your characters come from?
Shana: I get a lot of inspiration from my friends and family. Most of my books are based on real people and real situations. However, I do embellish them enough to protect the guilty.
A&RBC: What are you hoping readers take from your book?
Shana: I hope that readers realize how much God loves us, first and foremost. Despite how much we screw up or how much we might think we disappoint Him, God loves us-- flaws and all. I also want them to take away how important it is to forgive, both ourselves and others.

A&RBC: If you were to write a book about a controversial topic, what would it be?
Shana: That's a great question. I need to think about that one some more... I really don't have any controversial topics that I'm interested in that I've shied away from. I've already dealt with abortion, homosexuality, rape, infidelity, murder, domestic violence, and pornography addiction in my books.
A&RBC: Most writers have a process or method for writing their books, what is yours?
Shana: My process is mostly me sitting and staring. I literally have to sit and stare and have the whole story play out in my head before I write it. I see the characters and hear their voices. It's really like a movie. Once I do that, I can sit down and write the book.
A&RBC: What is your favorite genre of books?
Shana: Contemporary Romance. I'm a sucker for love!
A&RBC: Are you an avid or occasional reader?

Shana: Ironically, I was an avid reader until I became an author. I try not to read anything while I'm writing. For the past five years, I've done nothing but write, so my reading has fallen off some.

A&RBC: What are two things you want your readers to know about you?
Shana: 1) I'm an artist 2) I'm sensitive about my stuff ;-)

A&RBC: If you could interview one of your favorite authors, who would it be? Why?
Shana: I would like to interview Victoria Rowell. I did manage to read her first book, and I loved it. However, I really just want to ask her if she'll come back and be "Drucilla" on The Young and the Restless again.

A&RBC: What is or was your dream job?
Shana: My dream job would be to develop and write a television series.
A&RBC: What new projects are you working on?
Shana: I'm working on the third, and possibly last, book in the Flaws series, which will be Flawfully Wedded Wives. I say it's the last, but I've come to love these characters, so it might not be!
A&RBC: Where can readers find you?
Shana: If readers want to contact me directly, they can always email me at jatice@hotmail.com. I'm also on Facebook under www.facebook.com/shanajohnsonburton or Twitter www.twitter.com/shanajburton. It's best to look for me on Facebook. I'm always on there. It's my therapy! 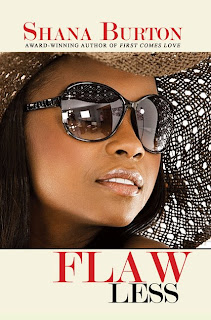 
The ladies of Mount Zion Ministries are back, and “Flaw Less” picks up where all of the drama of “Flaws and All” left off! While the bonds of their friendship couldn’t be tighter, life around the ladies is slowly unraveling.
Newlywed Lawson Kerry Banks has the man she loves, Garrett, and the man she has a love-child with, Mark. When a new woman enters Mark’s life, Lawson’s jealousy not only threatens her walk with God but may cost her marriage as well. First Lady Sullivan Webb has struggled to get her life and her marriage back on track after her affair is exposed on the Internet. Doing the right thing proves to be harder than Sullivan expected when she finds herself led into temptation once again. Kina Battle thought her troubles were over once her abusive husband was dead and buried, but her troubles take on a new face when she finds herself drawn to the last person she ever thought she’d be attracted to. After years of heartbreak and disappointment, Angel King has finally met the man of her dreams. Unfortunately, she is engaged to someone else. When an injured soldier enters her life, Angel can’t help giving him all her attention and medical expertise, but will he capture her heart too?
The ladies have all overcome their share of obstacles, but nothing like the challenges facing them now. Friendship, love, and laughs won’t be enough this time. Only God can save them now.