Whomever answers the five questions below correctly will win a copy of Sellout by James W. Lewis. Two copies are available so there can only be two winners. Good Luck!!! 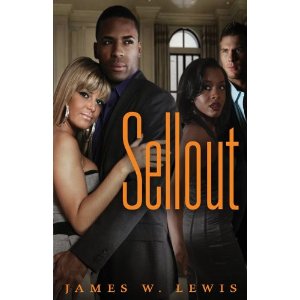 People who date interracially are often called traitors to their own kind. Self-haters. Sellouts.

Loan Officer Tammy McDonald has just come out of another failed relationship with a wannabe thug. To break this destructive pattern, she leaves her home city of Dallas for San Diego. As she settles in rainbow California, fantasies of meeting an ebony prince fade, so she eyes Dale Bristol as a potential ivory replacement.

Terrell Jackson is San Diego's only black optometrist. Women regularly drop in for more than just eye exams, but he stays true to his girl Tasha until a wet dream unleashes a ridiculous outburst. Fed up with her jealous fits, he denounces the common "dedramanators" in his life-black women.

Even though Penelope Miller was raised in the South by a racist father once affiliated with the KKK, she can't ignore her attraction to black men. But she never expected to fall in love with one...nor did she expect her "interracial felony" to threaten their lives.

SELLOUT follows these three individuals and the consequences of dating outside their race. In the quest to find what they think is missing in their lives, they encounter guilt, fear and mess they never anticipated...including murder.

James W. Lewis is a novelist and freelance writer published in several books. After spending twenty years in the Navy, James retired from active duty and now moonlights as an assistant personal trainer at a local university while completing his studies in Kinesiology.

1. James served twenty years in the military, which form did he serve in?
A. Army-Combat
B. Navy
C. Airforce

4. Which organization is Penelope Miller's father associated with?

5. What is Tammy MacDonald's profession?

Send answers to tabeasley36@yahoo.com.
Winners will be announced on Sept 5th.


Stay tuned for A&RBC review of Sellout!
Posted by Teresa B at 6:50 PM

Email ThisBlogThis!Share to TwitterShare to FacebookShare to Pinterest
Labels: Giveaways