Author of the Week: India Norfleet 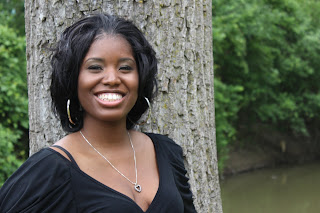 Q & A with India Norfleet

A&RBC: How did you become a writer?
India: I became a writer when I wrote my first poem at fourteen when my high school boyfriend passed away. At the time though, I didn’t know that I wanted to become a published author until I began writing poetry to channel my feelings. After that I began writing poetry and reading to escape reality. During one of my many voyages to find peace, I discovered that I loved getting lost in between the pages of poetry and fiction. Horror became my genre of choice until I came across my very first romance novel. I knew I wanted to become a romance writer from that point on.
A&RBC: Where does your inspiration for your characters come from?
India: Names, I spend a lot of time with names as a way of getting to know my characters, especially when I write erotica. How well a name rolls off my tongue, or how well two names mesh is what drives my story.
A&RBC: What are you hoping readers take from your book?
India: That real love and happy endings do exists in reality. Though relationships aren’t by any means a piece of cake, never stop believing that a real life fairytale is out of your reach. The possibility is always there, all you have to do once you find the person is be willing to work just as hard to keep the them as you did trying to get them.
A&RBC: If you were to write a book about a controversial topic, what would it be?
India: Well, I write erotica and even though it’s becoming more widely accepted, it’s still a pretty controversial topic. But I would also like to write a book where the plot centers around abortion. Talk about controversy.
A&RBC: Most writers have a process or method for writing their books, what is yours?
India: Whenever inspiration hits, is where I set up camp and began writing. On days that inspiration gives sleeps in; I tend to follow a ritual of sorts. After finding the perfect names, I like to people watch and research story ideas, all with my favorite pen and notepad at hand. Once I’ve gathered enough sources to begin a story, I like to visit a local library or just some place quiet to dwell on my idea and outline my story. Finally, I grab my laptop and I write.
A&RBC: What is your favorite genre of books?
India: Romance and erotica will always sit at the top of my list of favorite genres and in that order. And boy, don’t let me find a book with both, I’m like a kind in a candy store. Lol.
A&RBC: Are you an avid or occasional reader?
India: I have always been a very avid reader. Though lately, since I’ve been writing my own books, I’ve temporarily sunk to the occasional end. But you better believe that I don’t miss a beat, when my favorite author’s books debut. I am at the store, first in line, trying not to open the darn thing before I get home.
A&RBC: What are two things that you want your readers to know about you?
India: I am a hopeless romantic and I will always only write happy ends, no matter the genre.
A&RBC: If you could interview one of your favorite authors, who would it be? Why?
India: Wow, you’re really going to make me choose huh? Lol. Okay, then it absolutely would have to be Beverly Jenkins because the way she weaves the most beautiful love story, all while educating me on my culture, I just find that so captivating. I mean to write of a time of the whole village raising a child, and real courting is just amazing, I am just totally in love with her work. And I’ve learned more about my culture reading Beverly Jenkins books, then I did in elementary, middle, and high school combined. Now, that’s one hell of a writer.
A&RBC: What is or was your dream job?
India: To be able to one day write full time would be my dream career.
A&RBC: What new projects are you working on?
India: Currently, I have three short erotic books that I am working on for kindle only, that is scheduled to be released in December. One of course will be a very yummy holiday treat. My first novel, Playing For Keeps, will finally be done with the editing process and released in mid December. I am also working on my second novel in what will be book two in a four book series.

A&RBC: Where can readers find you?
India: Readers can find me on my fan page www.facebook.com/indiatnorfleet and my blog www.innocenteroticwriterndya.tumblr.com. I am also on twitter @msinnocentndya and can always be reached by email: innocentndya@gmail.com and on my website at: www.indiatnorfleet.com
About The Book

Playing For Keeps is a love story set in Detroit Michigan about two people who have always wanted to get together, but becoming a couple was never on the cards for them. That is, until life throws them the wild card that changed their fate and finally brought them together. When the couple decides to make it official and begins to pursue a journey that they hope will lead to ultimate happiness, librarian Tiana Richmond and Master Barber De’Andre Willis hold fast to their dreams of securing an everlasting future as one.

But as unforeseen obstacles threaten to consume them and the stakes become higher than they’d ever imagined, De’Andre and Tiana roll the dice and pray for a big win in the gamble of a lifetime.
Posted by Teresa B at 6:31 AM