Right Before My Eyes Virtual Book Tour with Michelle Robinson 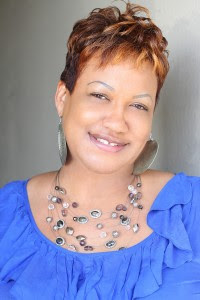 About the Author
Michelle Robinson was born and raised in Oakland, CA. Oakland’s rich culture has laid the fabric for this story. She’s been doing hair for two decades. As a hairstylist, it’s safe to say she has also served as a therapist to her clients. She has heard and witnessed it all right behind her styling chair. From her experiences, she’s given advice to many and has watched people’s lives transition. With this driving force, she has finally penned her first novel.

Q & A with Michelle Robinson

A&RBC: How did you become a writer?
Michelle: I’ve been writing poetry since junior high, so I always considered myself a writer.
A&RBC: Where does your inspiration for your characters come from?
Michelle: The inspiration of my characters are from a mixture of my creative thoughts, my friends and family.
A&RBC: What are you hoping readers take from your book?
Michelle: There’s a few things I hope my readers get from my book:  1) Even though people are different than you, you still can love & respect them.  2) We are all on this journey through life, we’re all just wearing different shoes. 3) Life is better when you have a relationship with God.
A&RBC: If you were to write a book about a controversial topic, what would it be?  Michelle: Adapting a healthier lifestyle.
A&RBC: What is your favorite genre of books?
Michelle:  Fiction novels
A&RBC: Are you an avid or occasional reader?
Michelle: I’m an avid reader.
A&RBC: If you could interview one of your favorite authors, who would it be? Why? Michelle: Mary B. Morrison. I loved her 5 part series of Soulmates Dissipate. I would love to know how she kept her inspiration to write 5 books on the same characters.
A&RBC: If you could make a movie out of one of your books, which one would it be? Michelle: Right Before My Eyes would be a great movie!
A&RBC: What new projects are you working on?
Michelle: The sequel to Right Before My Eyes.
A&RBC: Where can readers find you?
Michelle:  www.michellerobinsonauthor.com

About the Book
Journee and Jordyn are thirty-something year old twins with two totally different lifestyles. Journee is in love with Drew, her high school sweetheart that’s in prison. A phone call from him changes everything. After a fight, she decides to end their relationship and tries to move on but she has unfinished business with Jason, another ex-boyfriend. As she moves forward, she meets Jules who appears to be Mr. Right until all his baggage shows up.
Now Jordyn is living by her own rules but the problem is she hasn’t told anyone, but the drama begins when her secret is leaked on Facebook. She finds herself in a battle with her love life, family, friends and herself.
Follow these two as they take their family and friends on a turbulent ride into their lives as they discover they are worlds apart but are forever connected.


3 Stars for Right Before My Eyes


In Right Before My Eyes by Michelle Robinson, readers are introduced to Journee and Jordyn, twin sisters on different paths to finding true love. Journee has a on and off again complex when it comes to men. Journee ends relationships without seeking the closure that will allow her to move on. When Journee meets Jules she believes she has met Mr. Right, but sometimes this can be too good to be true.
Jordyn is confused and dealing with some major issues in her life and doesn’t believe she should have to answer to anyone. After a night out on the town, pictures of Jordyn surface causing problems for her sister. Will Jordyn finally share her secret with her family?
Right Before My Eyes is about sisters dealing with different issues in their life. This was an interesting book to read. However, the transitions were not smooth and it was hard to relate to the characters. The book did pick up and the ending was unsuspected, I just wish the “wow” factor would have happen earlier in the story. I do recommend this book to others.
This book was provided by the author for review purposes.
Teresa Beasley
A&RBC Reviews