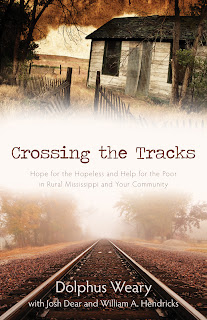 About The Book
Dolphus Weary knows from personal experience just how harmful racial division can be. Growing up in rural Mississippi, he learned that if poverty, hunger, and disease didn't kill him, racism, bigotry, or the Klan just might. So when a college basketball scholarship gave him the opportunity to get away from the broken, racially divided city of Mendenhall, he jumped at the chance. But he couldn't outrun racism. Eventually God called him back to his hometown--to the city where the railroad tracks not only separate economic classes but also represent a divide in the church. Believing that prejudice is ultimately a spiritual issue, Weary went back to Mississippi and worked to break down racial divides and promote productive dialogue, greater understanding, and ultimately racial reconciliation. The founder and part-time president of R.E.A.L. (Rural Education and Leadership) Christian Foundation, Weary helps ministries and communities realize that a "kingdom mentality" is possible only when we stop limiting God's work to a denomination or racial group.